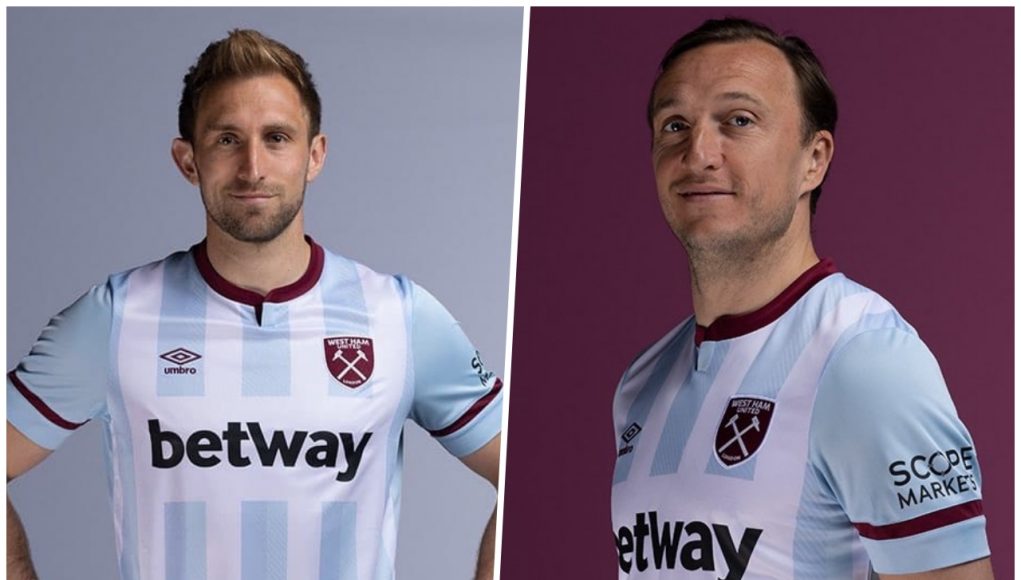 West Ham unveiled the new 2021/2022 home kit earlier this week, with the Umbro strip being a wonderful tribute to the iconic 1999 jersey.

And now images have been leaked of what appears to be the away shirt for the upcoming campaign, modeled by Mark Noble, Aaron Cresswell, Vladimir Coufal and Craig Dawson.

Sticking with the ‘tribute’ theme, it seems Umbro have given a nod to the 1991/1992 away shirt, with white and sky blue stripes and a claret collar.

We haven’t seen a kit manufacture attempt to remake that shirt since, with many often opting to go for the classic sky blue with two claret hoops or a full white number in the past.

But it appears Umbro have decided to bring back an old classic for the fans this year by remaking the old Bukta away strip, 30 years on from its original appearance.

We perhaps should have seen this coming after the club recently started selling replicas of the retro Bukta away shirt on their official store – maybe it was a hint of what was coming this summer? 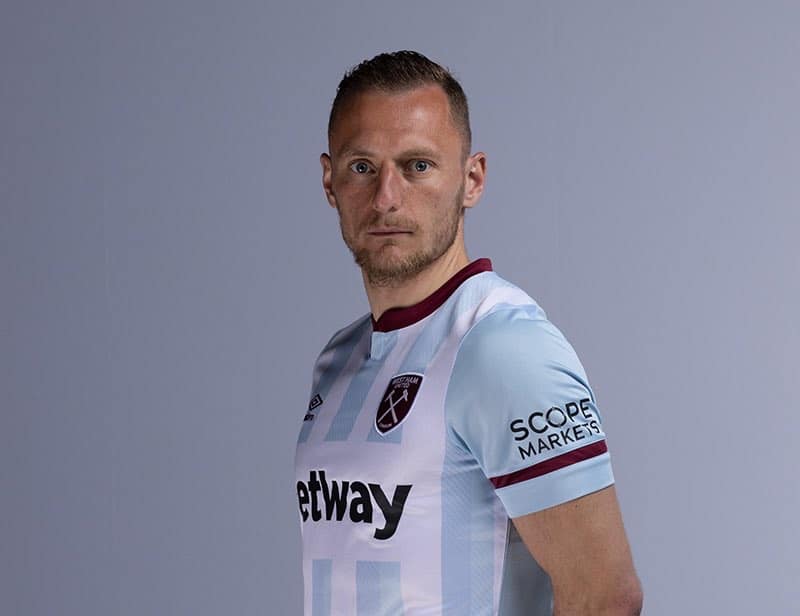 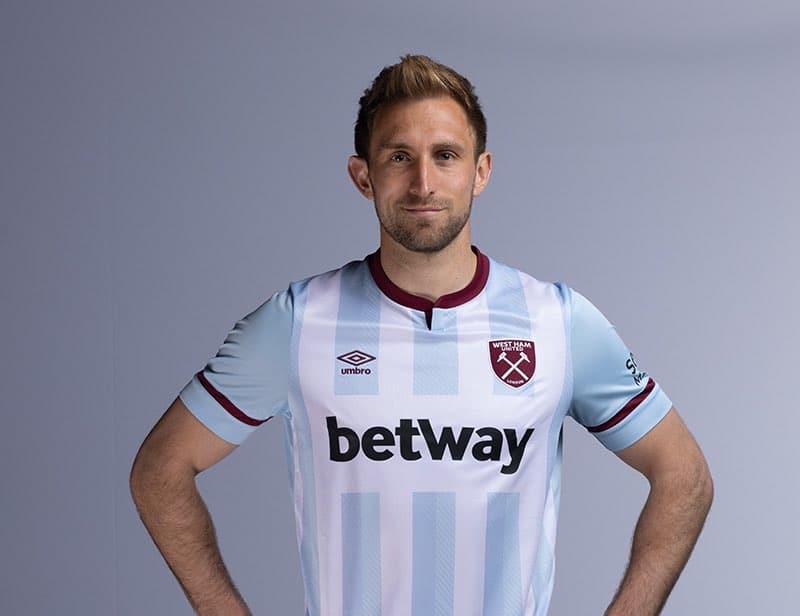 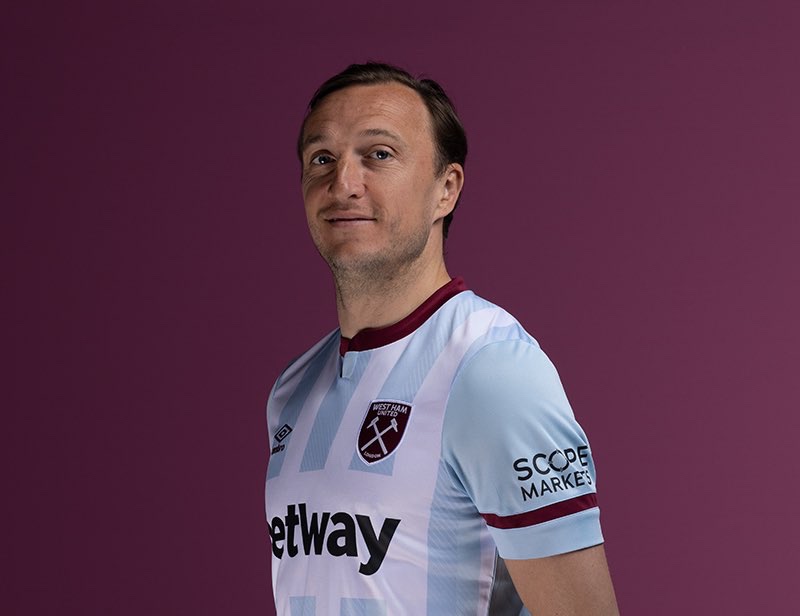 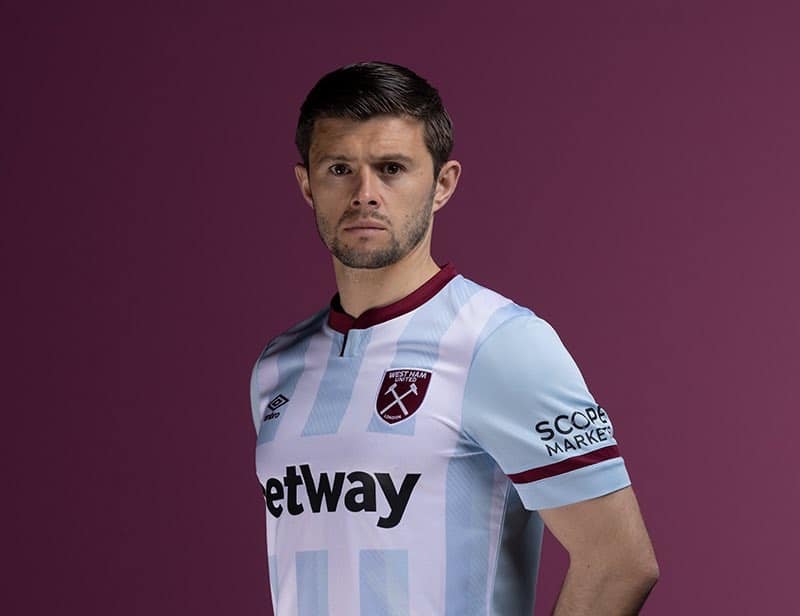