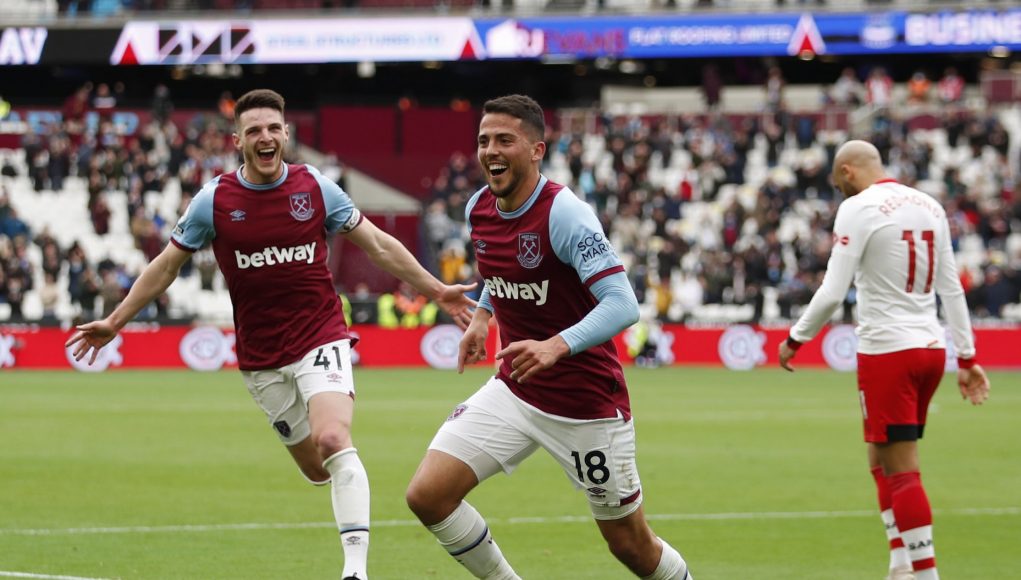 There is a rumour doing the rounds on Twitter that suggests Pablo Fornals will be taking Felipe Anderson’s No.8 shirt this season.

An image of him holding up last season’s shirt with his name and the No.8 on the back, and not his current No.18, has been doing the rounds on social media. This has led to several rumours that he’ll be taking Anderson’s squad number this summer.

The 25-year-old emerged as one of David Moyes’ more understated top performers throughout the 2020/2021 campaign, playing a crucial role in the club’s superb transformation from relegation candidates to top-six finishers.

He is now widely regarded as one of West Ham’s most important midfielders, with his work rate and commitment among his biggest strengths. Moyes loves a player who works hard and doesn’t stop running, which is why the Spaniard has become of his more important assets over the last 12 months.

And now it seems he’ll be taking on a new squad number as a result as he continues to establish himself in Moyes’ starting XI.

Felipe Anderson is departing for Lazio this week and therefore has vacated the No.8 shirt, which he certainly didn’t do justice during his three years in east London.

Fornals, though, will no doubt do the shirt proud. Last season he scored six and assisted four in 36 first-team appearances, including a brace against Southampton on the final day of the season, which cemented our 6th placed finish and a spot in the Europa League group stages for the first time.

The club are yet to officially confirm the squad number switch so it’s no 100% confirmed as of yet, but here’s what some Hammers fans have been saying about it on Twitter…

Sigh we are not serious

Really? Assumed it would be Soucek.