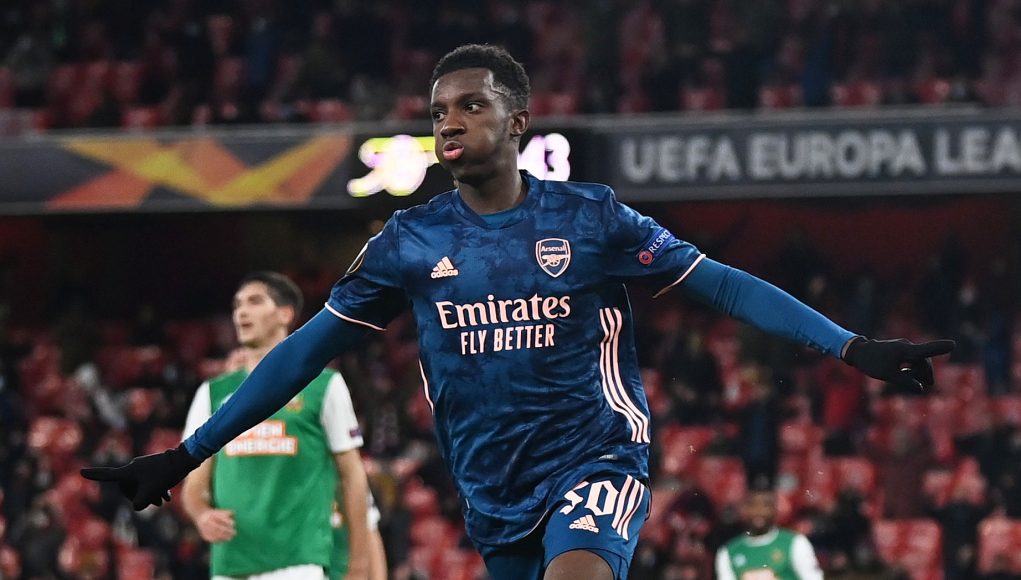 It has been reported by Hammers insider ExWHUemployee that David Moyes is weighing up a move for Arsenal forward Eddie Nketiah this summer, with the Gunners supposedly willing to consider ‘reasonable’ bids for him.

Dubbed the ‘new Ian Wright’, Nketiah is being linked with a move away from the Emirates Stadium this summer, having only made four Premier League starts under Mikel Arteta last term.

With David Moyes eager to bring in at least one striker this window, it’s no surprise we hold an interest in the 22-year-old. The forward has scored 13 times in 65 outings for the Gunners, although he has mostly appeared off the bench.

He certainly has a lot of promise but his attacking potential will have been hindered by his sporadic opportunities in north London over the last 12 months.

That said, a move to West Ham and the chance to get regular minutes under his belt might be just what the striker needs to fulfill his potential. Given he has Premier League and European experience – he scored three goals in eight Europa League appearances last season – it’s a signing that certainly makes sense from Moyes’ point of view.

Moyes has previously insisted he wants to bring in “young, hungry” players to the club, and Nketiah fits the bill perfectly here.

However, while I’m sure this would prove to be a positive move for both parties, some West Ham fans on Twitter seem to be torn on the idea of us bringing Nketiah to east London, with one even suggesting he’d only be a good signing if another more experienced striker is also signed…

Would take him if we bring in a more experienced ST as well, and if we could get him in the £10-12m range.

If u need goals, u take him, he’s not fancy, but he scores, with his knee, elbows, any part of the body, he will get the ball in the net.

Not for me if he’s our main striker signing ! If he comes in as one of two forwards then fair enough !

Do not want. Does Sullivan not remember the last two Arsenal rejects we signed???

Nice player. Would do well for us