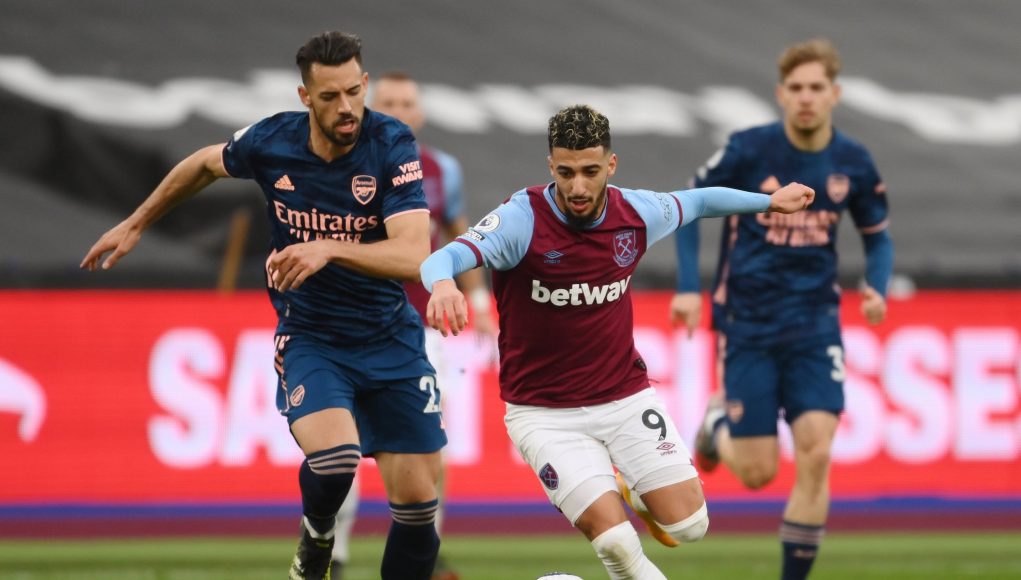 Said Benrahma has had a frustrating first season at West Ham since his switch from Brentford, but West Ham icon Martin Allen believes the Algerian has what it takes to be a match-winner for the club.

The 25-year-old is yet to find himself on the scoresheet for the Hammers this term, despite having 32 shots on goal in the Premier League, which is the most of any West Ham player who is yet to score this term.

Benrahma has registered five assists but has been unable to nail down a consistent role in David Moyes’ starting XI, which has made it harder for him to build up any kind of form.

However, Martin Allen has compared Benrahma’s first season at West Ham to Riyad Mahrez’s at Manchester City, who also took some time to get going before becoming one of Pep Guardiola’s most important players.

Speaking to the We Are West Ham Podcast, Allen said: “I saw quite a lot of him at Brentford, he is a game-changer, a match-winner.

“I think that was the same with Riyad Mahrez who, at Leicester, was the magic on the wing that transformed a hard-working Leicester City team with N’Golo Kante, Danny Drinkwater, Jamie Vardy and Shinji Okazaki.

“Where Mahrez has been at Man City, it’s taken him a year and a half to settle in and get that feeling. And now he is playing like he’s a top, top draw player.

“I think Benrahma has got that potential. It may take a bit of time, it may take him time to get used to the pace of it because it is an increased level, especially at the top end of the Premier League. I think he’s a good player. He will win games.”

One thing that fans have given Benrahma some criticism for is the number of chances he’s squandered in front of goal, not least the sitter he missed against Everton last weekend.

But Allen thinks that it should be seen as a positive that the Algeria international is getting in those positions, and is in no doubt he’ll come good eventually.

“I know it’s disappointing he missed that great opportunity the other day,” Allen continued.

“He will make things happen and he will score goals.”

With the club having made Benrahma’s initial loan deal permanent back in January, fans are desperate to see him improve in the final three games of the season and are excited to see what he can produce next term, especially if we’re competing in Europe.

If Allen is right, and Benrahma can start having a similar effect on West Ham as Mahrez had on Leicester and is currently having on Man City, then we might be in for a treat in 2021/2022.