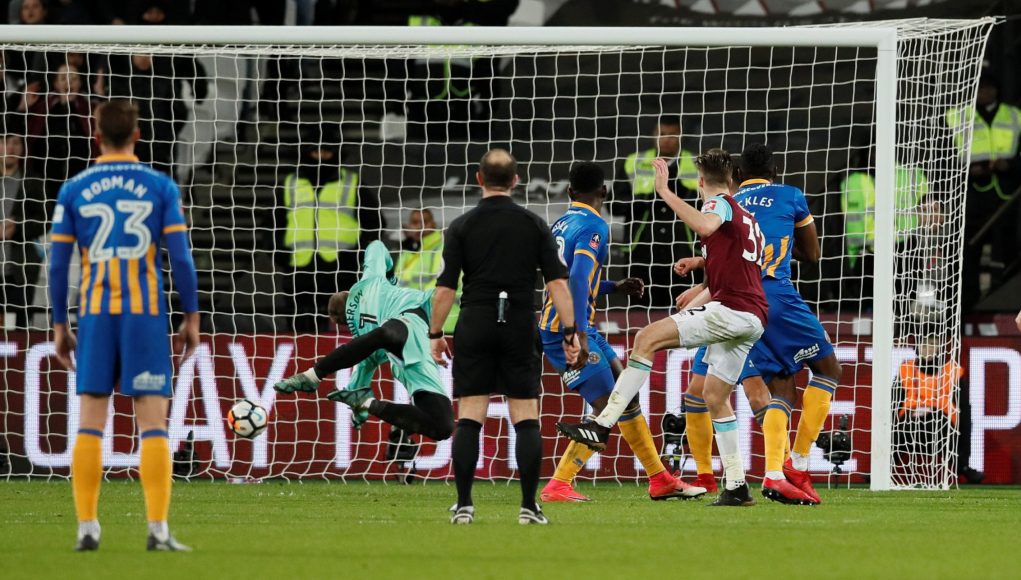 After being held to a 0-0 draw at New Meadow, West Ham faced Shrewsbury in an FA Cup replay last night at The London Stadium.

But it was another frustrating match for the East London outfit as they were held to another 0-0 scoreline after 90 minutes.

The tie went to extra time and it took until the 112th minute before Reece Burke found a breakthrough.

The 21-year-old defender, who was still up from a half-cleared corner, received the ball from Toni Martinez and lashed in a powerful half-volley off the underside of the bar.

West Ham progressed to the Fourth Round with a 1-0 win in what was a frustrating game for David Moyes’ side.

Here are how the West Ham fans reacted after the final whistle was blown.

Yes until Noble, Zaba and Marco came on we didn’t look like beating them ⚒⚒⚒

The Shrews…harder to beat than Huddersfield

This years our year

@AntonioMtnez_29 with the assist & @ReeceBurke with a goal, the 2 players on that pitch that had to prove their quality did so, well played gents. You saved us

Talk about make it hard work!