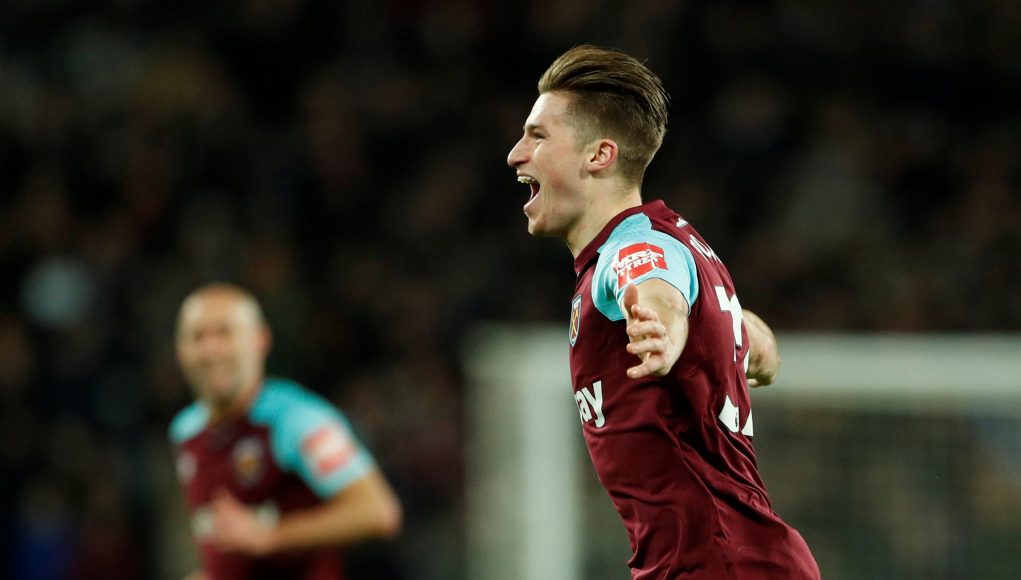 League One minnows Shrewsbury gave an excellent account of themselves over two legs, first holding West Ham to a 0-0 draw at New Meadow and then forcing extra time by holding the Hammers to another 0-0.

And it took until the 112th minute before West Ham could finally penetrate Shrewsbury’s armour.

Reece Burke, a boyhood West Ham fan, was the man to do it.

When fellow youngster Toni Martinez latched onto a loose ball from an uncleared corner and diverted it towards Burke, the 21-year-old lashed home a half volley off the underside of the bar to give West Ham the all important goal.

Burke tweeted after the game that he had been dreaming about this moment since he was a young boy and that he would never forget the goal.

Hard work is paying off. Glad to see you back in the Claret and Blue, long may it continue ⚒

Well done Reece you caught it sweet!! May u score many more now for the mighty irons!! ⚒

Well done Reece!! Hopefully the first of many we will see you score ⚒

Congrats @ReeceBurke great goal. What dreams are made of

Cracking goal lad. What every boy dreams of doing for their team.