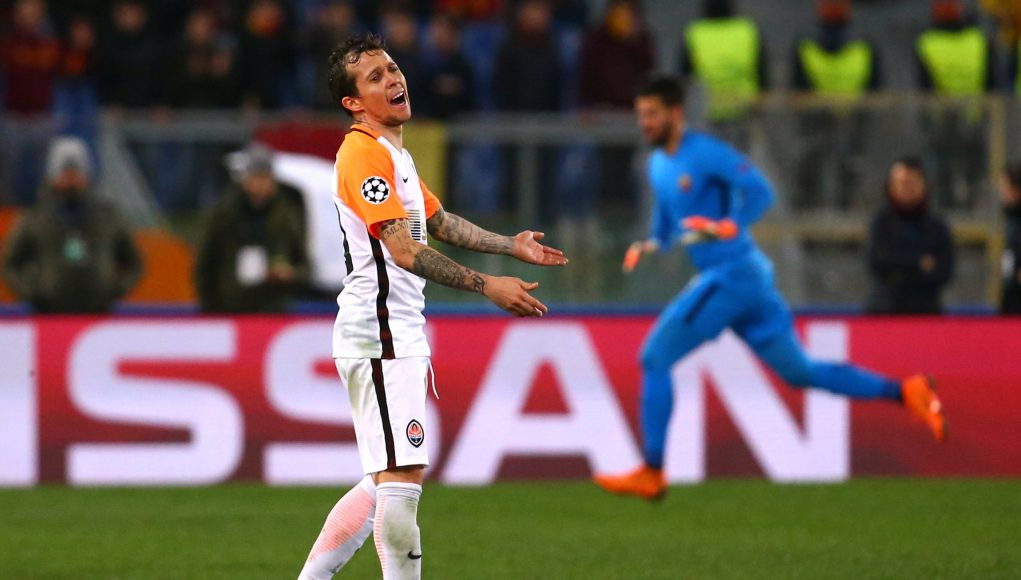 West Ham are set to enter another new era, with the post-Moyes campaign looking increasingly likely to emerge this summer.

The Hammers have let the contract of the Scottish boss expire, after he replaced Slaven Bilic at the London Stadium in November, and it seems highly unlikely he’ll be handed renewed terms.

Reports have stated that West Ham have already held talks with Shakhtar Donetsk boss Paulo Fonseca, who they’re looking to land ahead of Premier League rivals Everton, and former Hammers midfielder Don Hutchinson hopes he’ll bring some players with him from Ukraine.

Paulo Fonseca in at West Ham then.
His team this season full of flair.
Fred (ManCity) Bernard Marlos and Taison ALL tricky as Fook.
Let’s hope he brings 1 or 2 ⚒ pic.twitter.com/ZSkZ82BKd1

Posting on Twitter, Hutchinson identified Fred, Taison, Bernard and Marlos as players he’d like to see follow Fonseca to east London – although it would be difficult to land the highly-rated aces.

Fred, chased by Manchester United and Manchester City, has been called up to the Brazil squad for the World Cup alongside Taison but Bernard missed out, despite having 14 caps for his nation.

Meanwhile, Marlos was born in Brazil but has represented Ukraine on international duty.