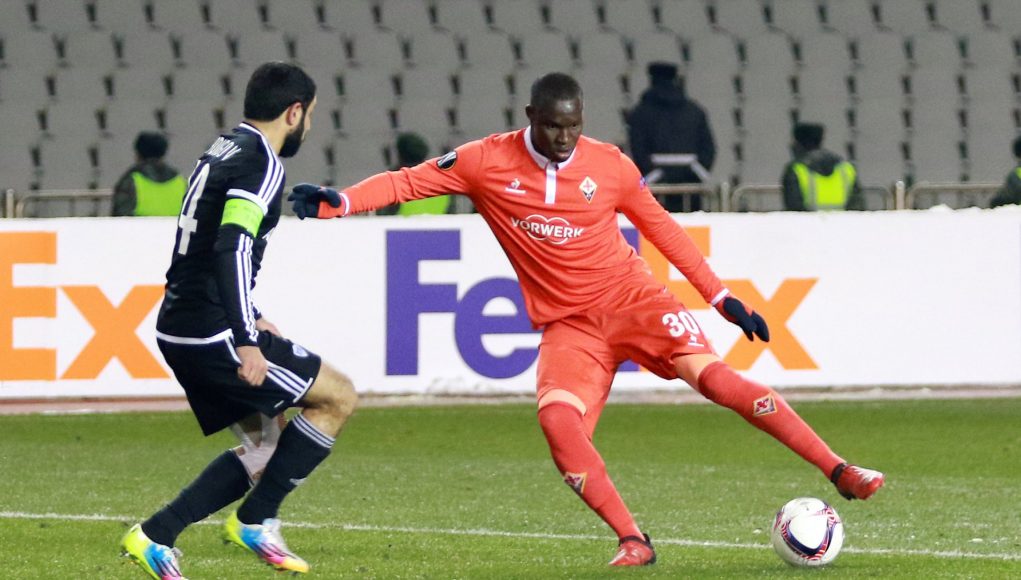 Crystal Palace have moved ahead of West Ham United in the race to sign Khouma Babacar, according to a report by The Guardian.

West Ham and West Brom had been interested in Babacar but it looks like Crystal Palace are set to win the race to land the Fiorentina striker.

The Senegal international has emerged as Palace’s top target as they look for a striker to provide competition for Christian Benteke.

A move for West Ham’s Diafra Sakho had fallen through already and now Babacar is on their radar ahead of Oumar Niasse of Everton.

The 24-year-old has failed to start a single league game for Fiorentina this season, netting four times from a total of 15 substitute cameos.

West Ham had been interested in signing Babacar on a loan deal but it is believed that Fiorentina were more interested in cashing in on the fringe striker.

But now Palace have moved into pole position to secure the permanent signing of the 6ft 3in forward.

Roy Hodgson’s men are set to splash out £15m on Babacar, who has scored 39 goals in total for Fiorentina since making his debut in 2009.

West Ham are now being forced to look elsewhere for their striker target if Moyes still believes this is a priority.