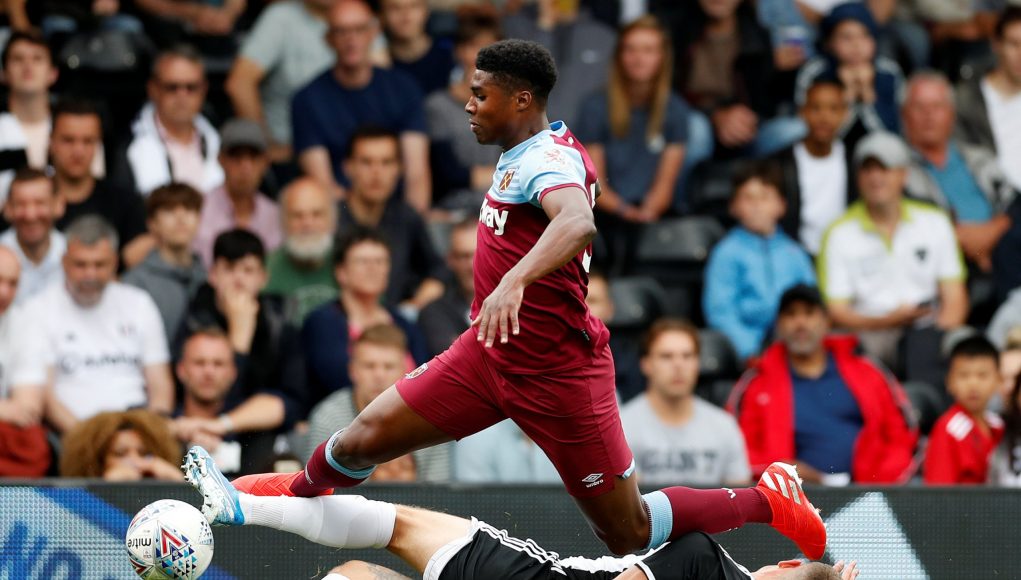 West Ham are known as ‘The Academy of Football’ and the Hammers could be witnessing another star blossoming before their very eyes.

England international Declan Rice is the latest academy graduate to prove his worth in the Premier League and inherits the ability required to reach the very top level. Grady Diangana is another who emerged onto the first-team scene last season, although he is yet to have the same impact as the aforementioned 20-year-old.

However, there is a new future star who is stepping up into the first-team mix – Ben Johnson. The 19-year-old has been involved in Manuel Pellegrini’s pre-season squad and the 2019/20 campaign could be his chance to demonstrate his worth and push through the ranks.

Johnson made his Premier League debut last season in the most difficult of tests – an away trip to champions Manchester City. The versatile defender, who can play either side of the defence, filled in at left-back that night and thoroughly impressed both the manager and the Hammers fans. Shortly after, he was rewarded with a new, long-term contract.

The Irons regularly produce exciting talent through their academy system and Johnson is certainly a player to get excited about.

West Ham have encountered defensive problems since the switch to London Stadium and have failed to address the issue – conceding 187 Premier League goals in three seasons at Stratford. However, right-back Ryan Fredericks started to demonstrate his quality towards the back-end of the 2018/19 campaign, and coupled with Johnson, that position is looking solid.

Taking a moment to appreciate this man, Ben Johnson

Performed very well in pre-season and has bags of potential, very athletic and got great pace. Will be definitely one for the future and I hope he gets a run out this season #COYI #WHU pic.twitter.com/gPnBJB8nTq

Johnson recently spoke to whufc.com about the first-team opportunities he has been granted and his ambitions for the new season.

He said: “I’m 19 but it’s on performance. Hopefully the manager picks me but that’s down to me and what I can do.

“It’s about working hard and showing that I am good enough to earn that spot.”

“I just want to take on my form now. I think I’m playing with confidence and I hope I can keep doing so out in Austria and as we go into the start of the season.”

Ben Johnson will have the biggest breakthrough for a Youngster in the Premier League this season. Mark my words.

The 19-year-old played 64 minutes in Saturday’s 1-0 win against Fulham and demonstrated what qualities he can bring to London Stadium. Johnson exemplified his strength, pace and ball-playing ability; attributes Pellegrini admires in his full-backs.

He is improving every time he puts on a claret and blue shirt and if he continues in the same vein with the same attitude and desire to succeed, he could easily establish himself as a regular in the first-team very shortly.

The summer additions of both Pablo Fornals and Sebastien Haller have been the main attractions for West Ham fans, but sometimes if you search within the club, you discover raw, exciting talent; Johnson has the potential to be the largest attraction in Stratford this season.