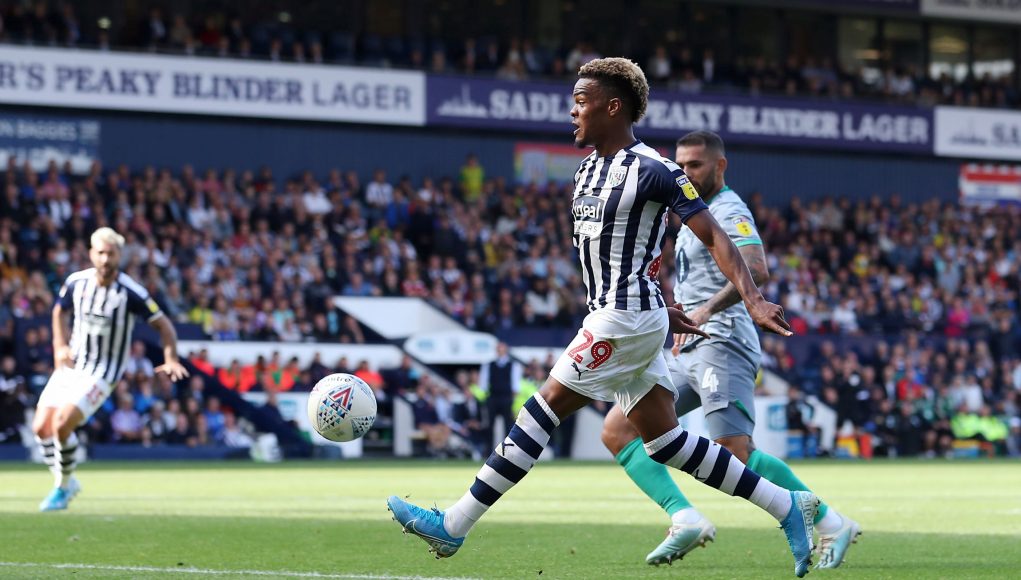 West Ham winger Grady Diangana has been impressing on loan at West Bromwich Albion and he has been at it again.

The 21-year-old came on at half-time during the weekend with the Baggies 2-1 down against Huddersfield Town, before coming up with two assists, which helped them to eventually win the game 4-2.

The first was a pinpoint cross that Darnell Furlong headed in, while he danced his way through three players for the second, before firing a ball in for Matt Phillips to finish, as shown in the highlights video on the Sky Sports Football YouTube channel.

West Ham tweeted about their player’s performance as part of their loan watch:

More from Grady, grabbing another assists for @WBA on Sunday!https://t.co/9vbMEKRuTl

This has got some West Brom fans worried about the prospect of the youngster being recalled in January, as happened with Harvey Barnes last season, as reported by BBC Sport at the time.

Diangana has certainly shown that he can be a useful asset, with the Huddersfield game taking his Championship tally to 3 goals and 2 assists from 3 starts and 3 substitute appearances, as per WhoScored.

While it is perhaps unlikely he would be able to start many games at London Stadium unless there were injuries, with the wing areas currently covered by the likes of Felipe Anderson and Andriy Yarmolenko, he could be a useful player to bring off the bench.

A selection of Twitter reaction to the report, including posts from concerned West Brom fans, can be seen below:

Nothing to see here, move on please….

Never heard of him mate

Nothing to see here, move along. pic.twitter.com/hx6SEO9WNK

@WBA you may need this in January pic.twitter.com/c6xP4vxyAu

Nope, he was lucky he came on, I would sell him in January tbh