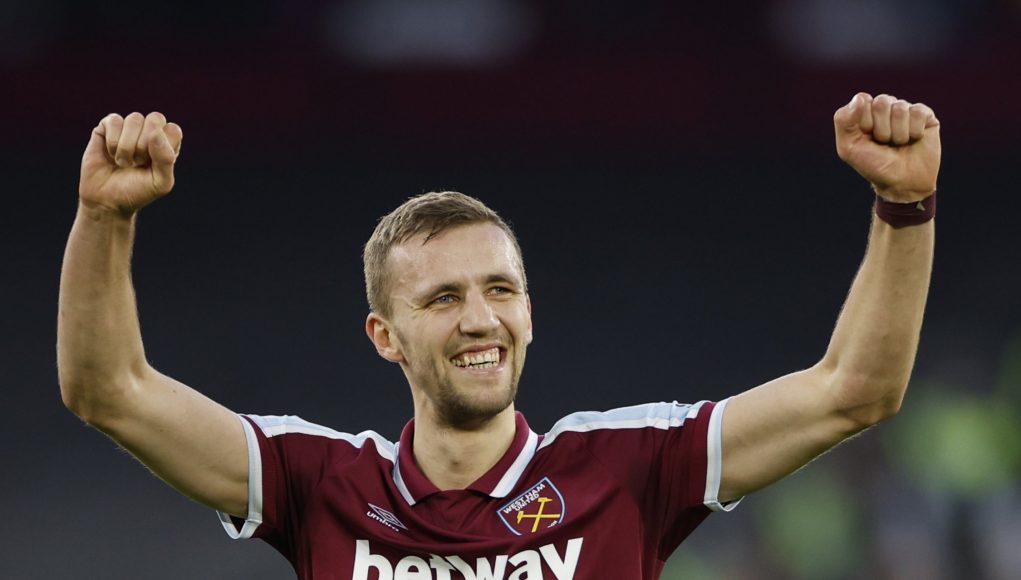 Hammers midfielder Tomas Soucek is set to remain at the club beyond this summer’s transfer window according to journalist Roshane Thomas.

It was thought that Czech Republic international Soucek could leave the club this summer, after it emerged earlier this month that he could be sold by the club.

However, it was confirmed by Roshane Thomas on the You Irons podcast that West Ham are not even willing to listen to offers for the 27-year-old and that he is to remain at West Ham this season.

“I checked in, the club have no intention of selling Tomas Soucek or even listen to offers, he still remains an integral member of the team,” Thomas said (22:02).

This will be positive news for Hammers supporters, after concerns that the club could be letting him go too easily. The midfielder has played an integral role in the team over the past two seasons and is definitely a player that Moyes will want to hold onto.

Soucek still has two years remaining left on his contract and is set to play a pivotal part of the 2022/2023 campaign as well, despite the competition of new arrivals.

The Hammers have also been linked with a £33million deal to sign 6ft 5in midfielder Amadou Onana from Lille, with the club hoping to conclude the transfer by the end of next week.

This in turn led to more speculation that Soucek could leave the club this summer, but confirmation from Thomas will be good news for West Ham fans ahead of the new season.