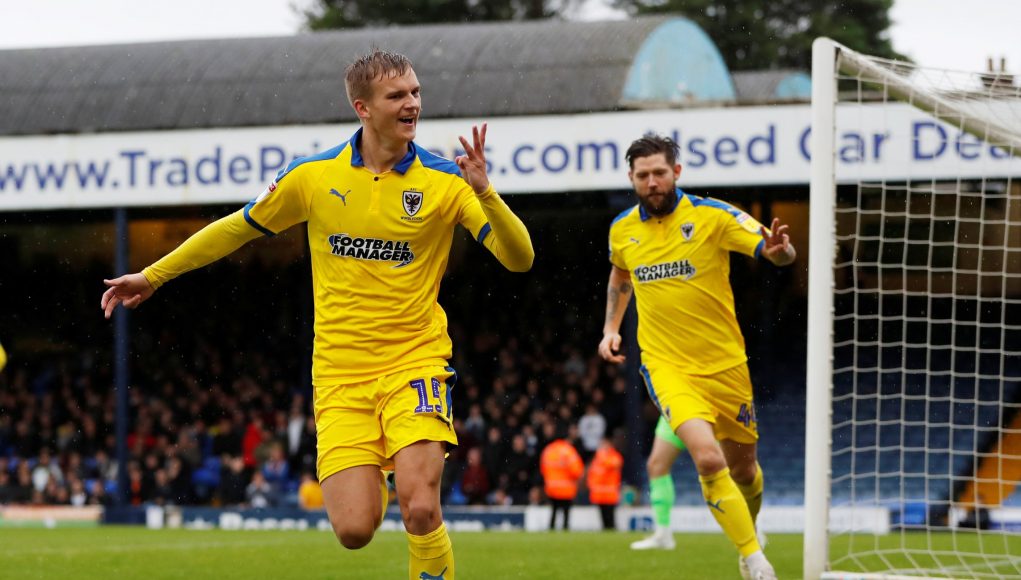 West Ham United are reportedly scouting Brentford’s 20-year-old Marcus Forss, who is currently on loan at AFC Wimbledon – according to TEAMTalk.

The young Finnish striker who has a value of £135,000 (Transfermarkt), has already scored seven goals in eight appearances at League One level whilst on loan at AFC Wimbledon.

Forss has also featured for his country while playing for the Finland U21’s squad, which included an appearance in the highly-rated UEFA European Under-21 Championship qualification stage.

Forss is a 20-year-old right-footed striker, he’s only 5ft 9in, so not the tallest of centre-forwards, the Finn started his English footballing career at West Brom U18’s in 2017.

He was then picked up by Brentford B on a free transfer, however, in 2018 he was moved to the main Brentford squad and by 2019 he was sent out on loan to current club Wimbledon.

Where would Forss play?

Ideally, if he actually signs for the first team and not the academy, alongside Sebastien Haller in a two striker formation.

Fans and journalists have used the term isolated many times this season when referring to Haller’s performances. So surely having another young hungry striker to link up with, potentially in a 3-5-2, with Aaron Cresswell and Ryan Fredericks playing as wing-backs, can only be positive news for the Frenchman.

The 20-year-old’s price tag is also in his favour, with an estimated value of just £135k, this transfer could come with very little to no risk.

During the young strikers time in League One, he’s impressed Brentford so much that they are set to recall him back to the squad early. Other clubs reportedly interested in his services are Brighton & Hove Albion, Watford and Southampton  – according to TEAMTalk.

If the Irons can manage to seal this deal it could spell great news for the club and his performances in League One will give him the confidence needed to challenge for a place in the first-team.