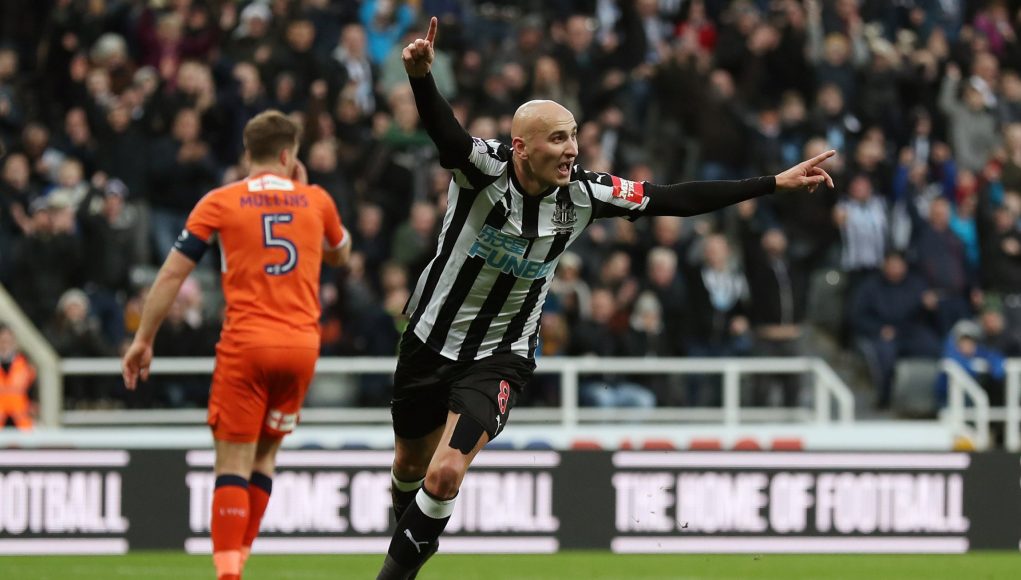 West Ham United are close to completing the signing of Jonjo Shelvey from Newcastle United, according to a report by The Daily Express.

West Ham are after a new central midfielder and have stepped up their chase in recent weeks.

Jonjo Shelvey is thought to be a top priority and this report indicates that the Hammers are closing in on a £12m move to bring the boyhood West Ham fan back to East London.

The sporadic England international has been identified as a player who could improve West Ham’s quality on the ball with his range of passing from midfield, providing competition for Pedro Obiang, Cheikhou Kouyate and Mark Noble in the centre of the park.

The 25-year-old is reportedly unhappy at Newcastle and would favour a move back to West Ham, where he spent some time as a schoolboy.

Shelvey started his senior career with Charlton Athletic before having stints with Liverpool and Swansea City.

Newcastle are reportedly willing to let Shelvey go as long as they can sign a replacement and the imminent arrival of Kenedy on loan from Chelsea could lead to the Magpies sanctioning Shelvey’s exit, according to football journalist Lee Clayton.

This move looks like it could suit all parties.