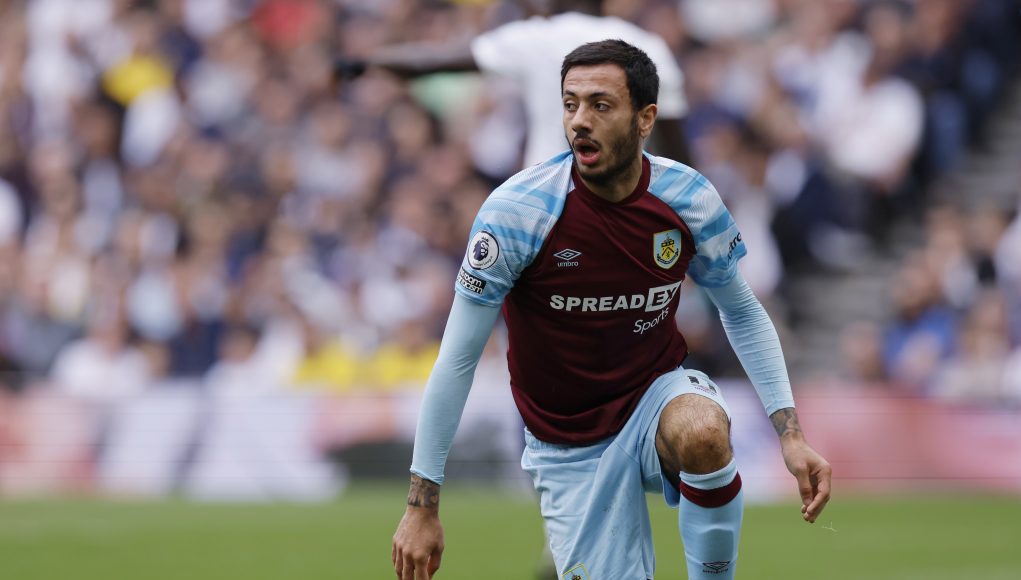 Crystal Palace have joined West Ham in the race for Burnley’s Dwight McNeil, according to The Sun.

The 22-year-old is expected to leave Turf Moor this summer following The Clarets’ relegation from the Premier League in May.

With 134 top-flight appearances under his belt, the midfielder has proven himself to be an impressive and reliable player at the highest level, but it is believed Burnley are not prepared to sell him for the £10m both the Hammers and Palace are willing to pay for his signature.

McNeil has two years remaining on his current Burnley contract but having been capped 10 times by England’s U21s, an immediate move back to the Premier League would likely be a priority for the youngster this summer.

His performances for Burnley in recent seasons have led to him being tipped for a full international call-up, and last year he admitted that his long-term ambition was to play for England.

In a World Cup year, with the tournament taking place in Qatar this winter, McNeil will be conscious of the fact he needs to be playing at the highest level if he is to force his way into Gareth Southgate’s plans.

It might be a long shot for him to be considered for the tournament squad later this year, but he will know that being in the Premier League would do no harm to his chances, however slim they might be.

Therefore, while Burnley are reportedly not willing to accept £10m, the former Manchester United academy graduate certainly looks set to leave Turf Moor before the end of the window.

There is currently no indication of which club out of West Ham and Palace is more willing to meet Burnley’s demands, but if it ends up being a choice between the two, the lure of European football at West Ham might just give us the advantage.