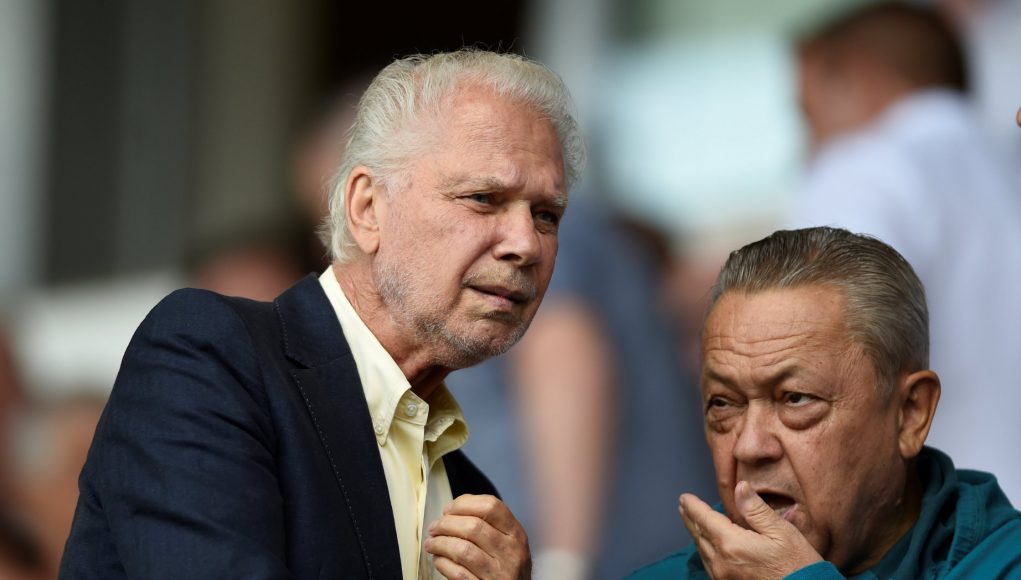 As the tension increases on West Ham United co-owners David Gold and David Sullivan – as exemplified with the recent Hammers United protests – we take a look back at what they pledged just over 10 years ago.

The 10-point plan was published onto West Ham’s official website at the early stages of their ownership.

Both Gold and Sullivan took charge of proceedings in east London back in January 2010 and published what they would deliver to the Irons faithful while in charge. From pledges of appointing the correct manager to listening to supporters, we take a look back at each point: 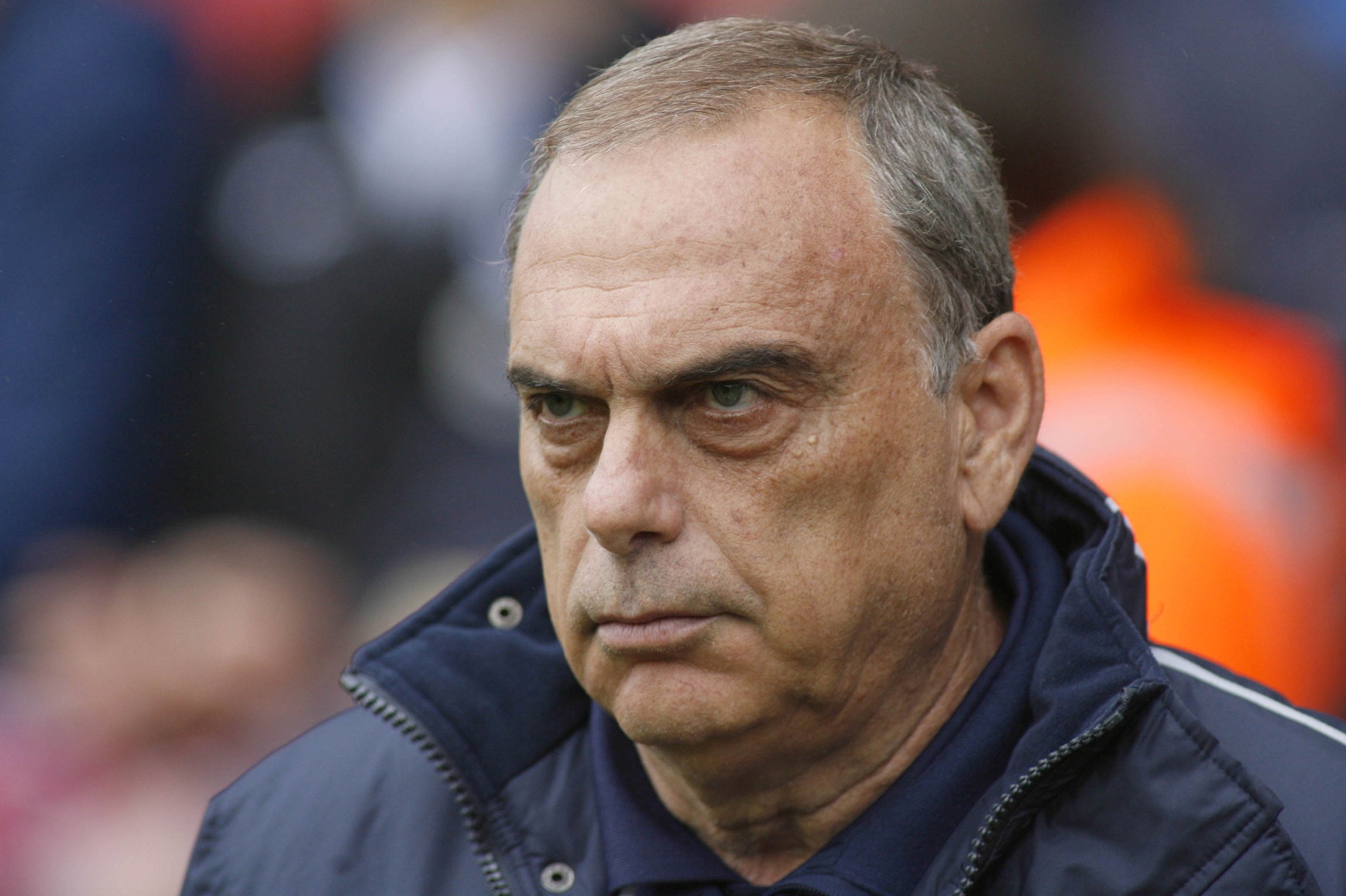 Despite the extremely rare, brief success of Slaven Bilic during the 2015/16 season, most manager to take charge at West Ham have failed miserably; Avram Grant has to be one of the worst.

Manuel Pellegrini, David Moyes and ultimately Bilic failed to deliver on the expectation that came with the swap to London Stadium, with the club’s highest Premier League finish in Stratford achieved by Pellegrini – a prosaic 10th place.

The most successful manager under the reign of Gold and Sullivan has undoubtedly been Sam Allardyce. After Grant dragged the Hammers down into the Championship, Allardyce was there to do what he does best – pick up the pieces, stabilise and guide West Ham back to the top-flight at the first time of asking.

It says a lot that West Ham’s most successful manager was a man regularly criticised by the fans for the style of football he deployed. Overall, the Hammers have lacked a serious footballing manager who operates at the top level and possesses the ability to deliver on expectations. 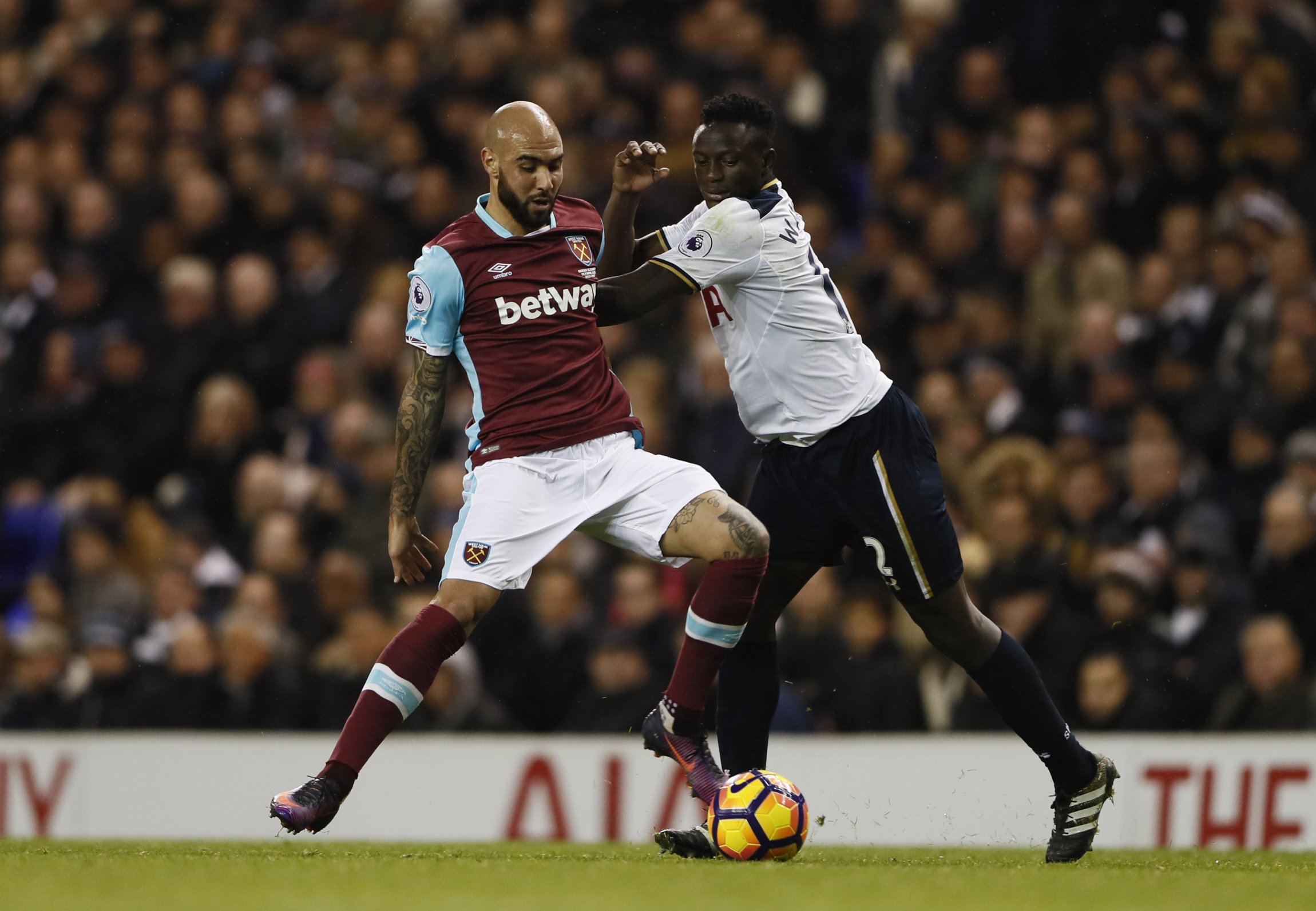 There is only one way to describe West Ham’s recruitment process – disastrous. Sullivan has, in large, had control over transfers and it does not take long to realise how much of a negative impact this has had on this football club.

Take the incident surrounding William Carvalho that occurred in 2017. Sullivan was labelled as a “liar” and a “parasite” by Sporting Lisbon’s communications director Nuno Saraiva over the transfer negotiations for Carvalho.

Over the last 10 years, only on the rarest of occasions have West Ham struck gold in the transfer market – Dimitri Payet being possibly the only exception to the club’s horrific recruitment. Mario Husillos took over as Director of Football in 2018 when Pellegrini arrived, which somewhat stabilised the recruitment and the Hammers were making much better signings, but they have both departed and Sullivan is back in charge.

3. More investment into the academy

This pledge is difficult to measure. Football has always been a business, but with so much money now at stake for Premier League clubs and retaining top-flight status, academy prospects face a tougher task of integrating into the first-team setup.

Since Gold and Sullivan took charge, only Declan Rice has established himself as a first-team regular after coming through the ranks. There have been a few that have endured brief periods – Grady Diangana, Nathan Holland, etc – but ultimately, none have impressed like Rice.

Whether investment is going into the academy or not is hard to tell, but the lack of emerging talent over the last 10 years has certainly made me think that area is lacking.

4. Continue to clear the debt

Now this is something that the owners deserve credit for. When they took over proceedings back in 2010, West Ham were in a serious financial struggle and Gold and Sullivan walked into a football club with £110million debt. Since then, the ship has been stabilised and that debt is edging closer to being cleared.

The sale of Upton Park while obtaining a rented stadium certainly helped, and coupled with the added TV money Premier League clubs now obtain, the club is certainly in a stronger, financial position 10 years on. 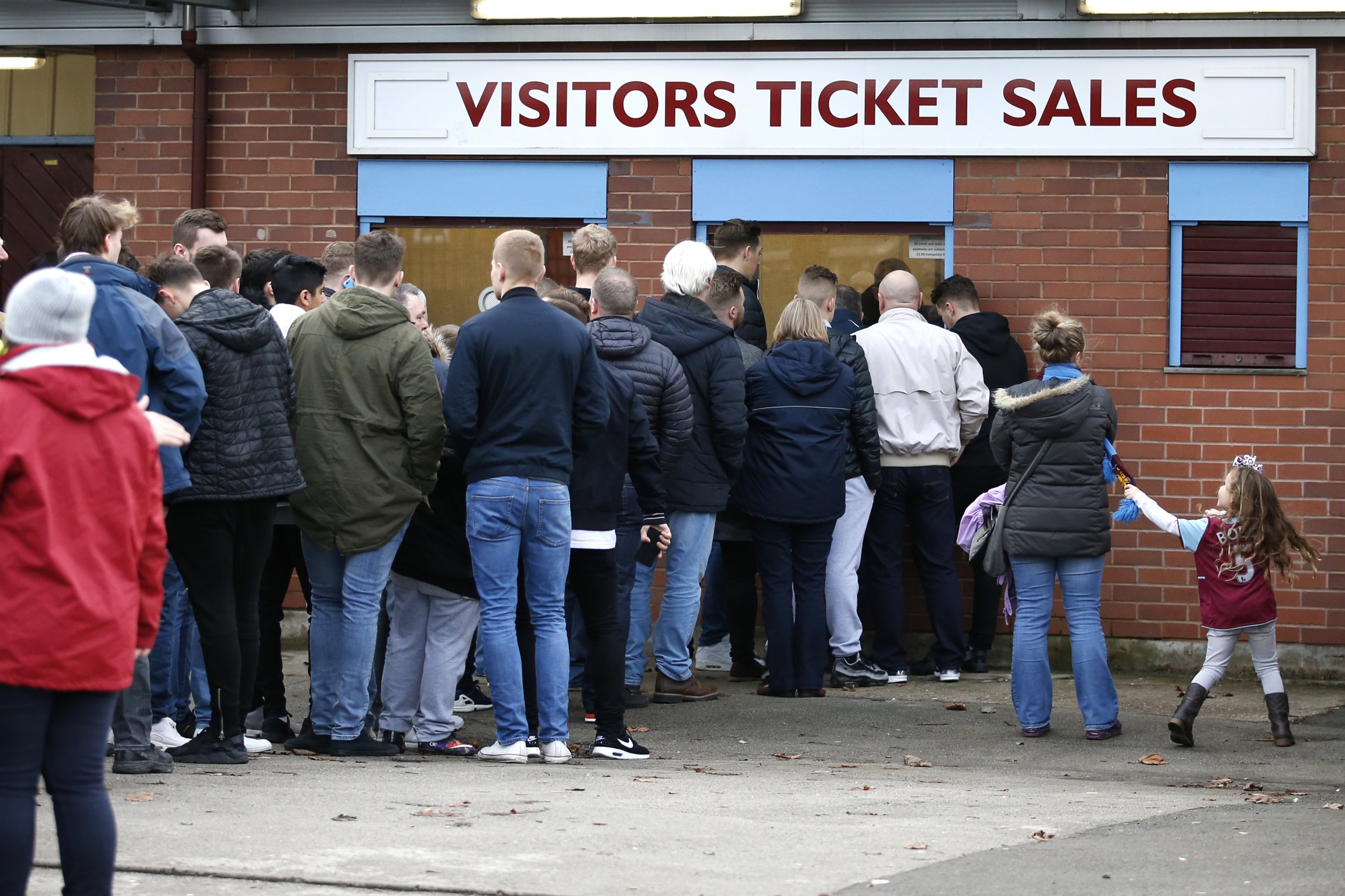 Another pledge that the owners have, in large, delivered on. Season ticket prices at Upton Park and London Stadium have been made affordable for families to purchase. Most financial benefit for Premier League clubs no longer comes from ticket pricing and sales; yes it is a contributing factor, but a small percentage, which is why it does not impact Gold and Sullivan’s business a great deal.

6. Build the status and image of this club

Not much is needed to be said for this point. West Ham’s PR has been outrageously horrific over the years, especially since the switch to London Stadium. Rebranding the club’s badge and the heritage and traditions that came with it was the first mistake in the transition to London Stadium, but since then it has been mistake after mistake after mistake.

The Hammers fans are becoming increasingly impatient with the board and supporters are now in revolt against Gold, Sullivan and Karren Brady – just take a look at Hammers United’s campaign.

7. Make it enjoyable to come and watch

This is rather subjective, but recent events have started to have serious ramifications of the supporters’ mindsets. The 2015/16 campaign was thoroughly enjoyable for West Ham fans, but apart from that, it has been mediocrity filled with more mediocrity.

However, that’s what you get being a West Ham fan. Never has the club been a top, successful, regular European outfit – enjoyment is obtained simply by turning up and watching at weekends; but with the way things are going, the enjoyment is decreasing week by week, and it could ultimately get too much for most Hammers fans to endure.

8. Get closer to the community

Since moving to Stratford, West Ham have constantly been involved with local initiatives and work closely with the community.

9. Go for the Olympic Stadium 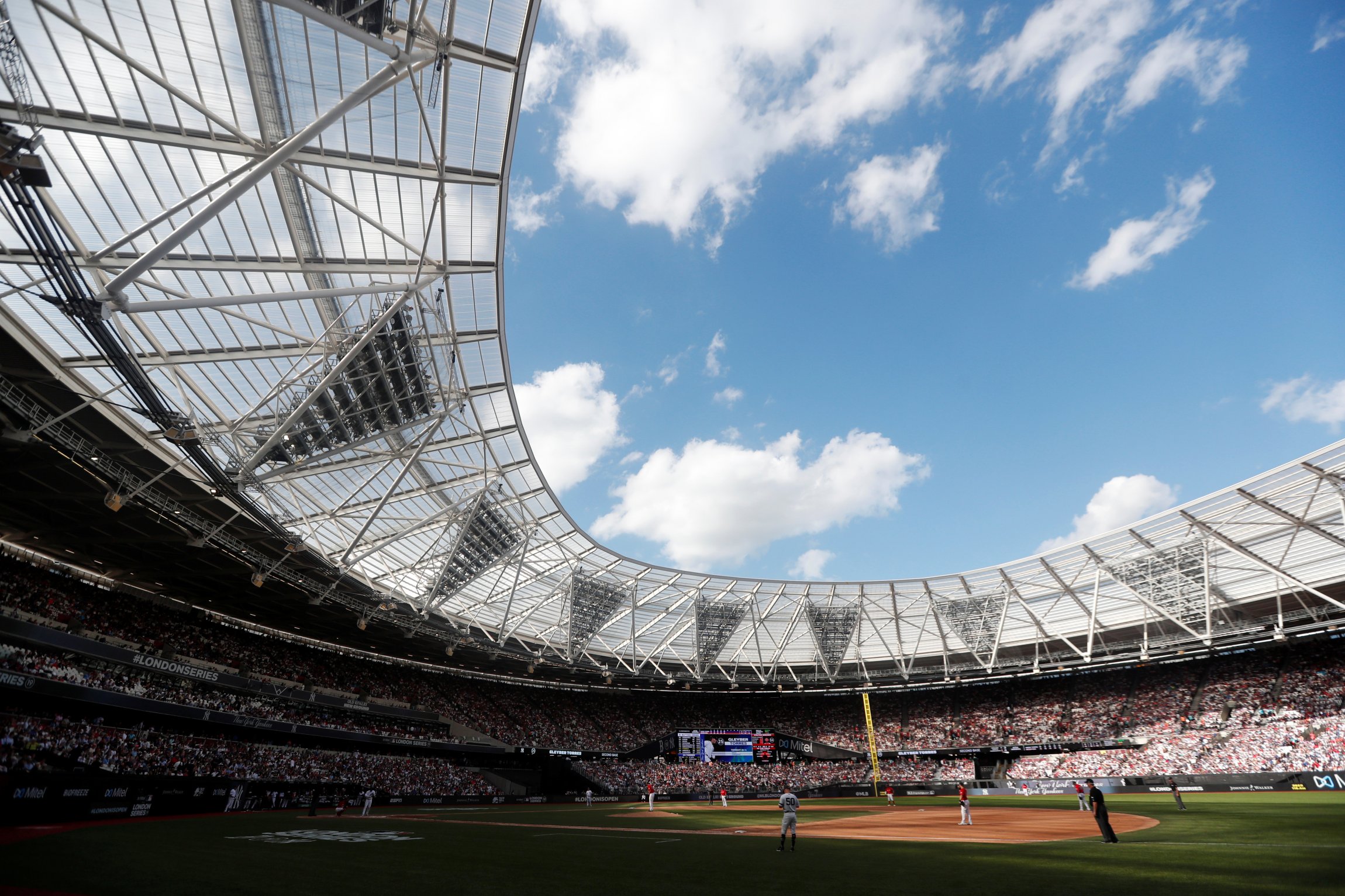 On paper, yes they achieved this, but the notes that were attached make this a huge disaster.

In the article published in 2010, Gold and Sullivan said: Leaving the Boleyn Ground will be a wrench but the Olympic Stadium is an amazing once-in-a-lifetime opportunity in a financial and football sense.

“Our potential partnership with Newham Council promises to take this club to a new level, while protecting our history and traditions.

“To move forward, we have to move – but always with an eye on the past.”

History and tradition protected? Taken the club to a new level? It could not be further away from this.

They listen to supporters, but only a select few chosen by themselves. The West Ham supporters board (OSB) is made up of people selected by Gold, Sullivan and Brady to discuss how the club can progress forwards.

But they fail to listen to the rest of the fans. There is a serious lack of transparency from top to bottom and most supporters are starting to vent their frustrations through protests.