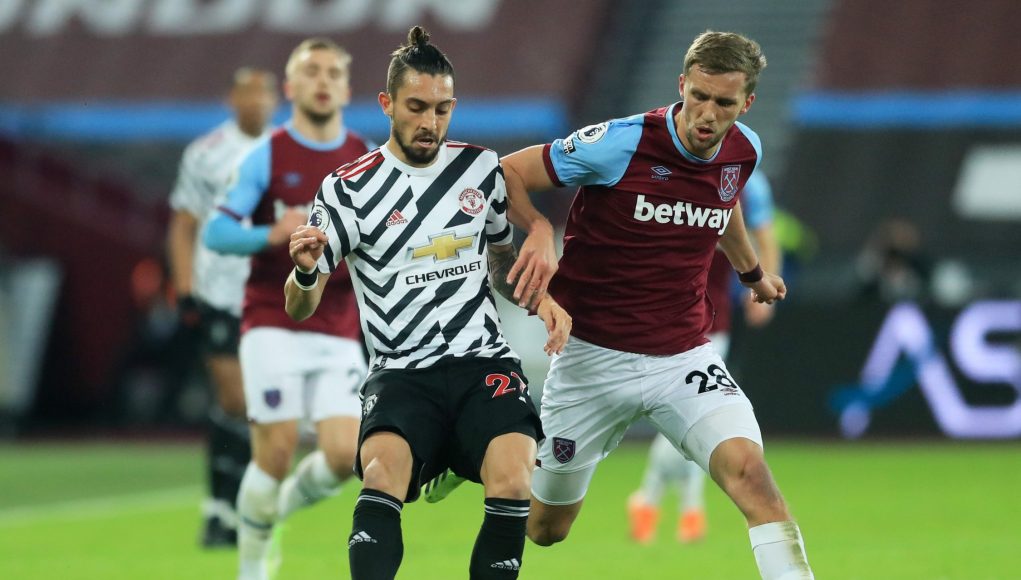 In fact, David Moyes’ side haven’t tasted defeat since the beginning of May – eight games ago – when Everton snatched a 1-0 victory at London Stadium, and they even went unbeaten in pre-season.

Both sides had very different experiences in Europe earlier in the week, with Man United falling to a 2-1 defeat away at Young Boys and West Ham getting their Europa League campaign off to the perfect start via a solid 2-0 away victory over Dinamo Zagreb.

But head-to-head, this is a fixture Ole Gunnar Solskjaer’s side have dominated for decades, with the Hammers only winning seven of their 50 Premier League meetings with the Red Devils.

United have won the last three games against West Ham in all competitions and are also one goal shy of making it 100 in the Premier League against the Hammers.

A win for West Ham will equal a club-record five games unbeaten at the beginning of a new Premier League season, but they’ll have to do it without the suspended Michail Antonio. Worryingly, since Antonio’s debut in 2015, the Hammers have won just 28% of games in which the forward hasn’t started, as opposed to 41% when he does.

But despite the emphatic return of Cristiano Ronaldo and an unbeaten start to their league campaign, some Man United fans discussing the game in an online forum – RedCafe.net – remain sceptical about their upcoming visit to East London, while others are expecting a reaction after their Champions League defeat earlier this week.

“Difficult game definitely, so I’ll be praying it’s not Fred-Pogba midfield, Wolves caused us so many problems, no doubt West Ham would too. Fred-Matić or Fred-Van de Beek (not likely though I think) are options as it seems McTominay is still unavailable.” – BorisManUtd, RedCafe

“Lingard nailed on to start knowing Ole. Antonio being out is massive for us but I still don’t expect more than a point. I’d play same team as v Newcastle if Matic can manage the minutes, we should be blowing teams away with our players and trusting our defence…but I’m sure we’ll go defensive. It’s our number one go to tactic.” – James35, RedCafe

“West Ham have scored a lot of goals, I’m a bit worried. We’ll need our famous 10 minute clinical blitz to see them off after looking inferior for 80 mins and probably conceding first.” – redshaw, RedCafe

“Their best player Antonio misses the game though, so that’s a plus. The midfield battle will probably still be lost though (shock) as Rice and Soucek will probably have too much for us in there.” – DWelbz19, RedCafe

“West Ham’s main threat is suspended, and they have 2 days less rest, so we should take this comfortably. 3-0 I think.” – U99tewd, RedCafe

“It’ll be a tough game, for sure. Obviously the lack of Antonio will help us, but it’s certainly not going to be easy. West Ham are a very good side.” – sewey89, RedCafe

“They haven’t lost since May. We may fluke a win but not expecting anything but a scrap.” – McGrathsipan, RedCafe