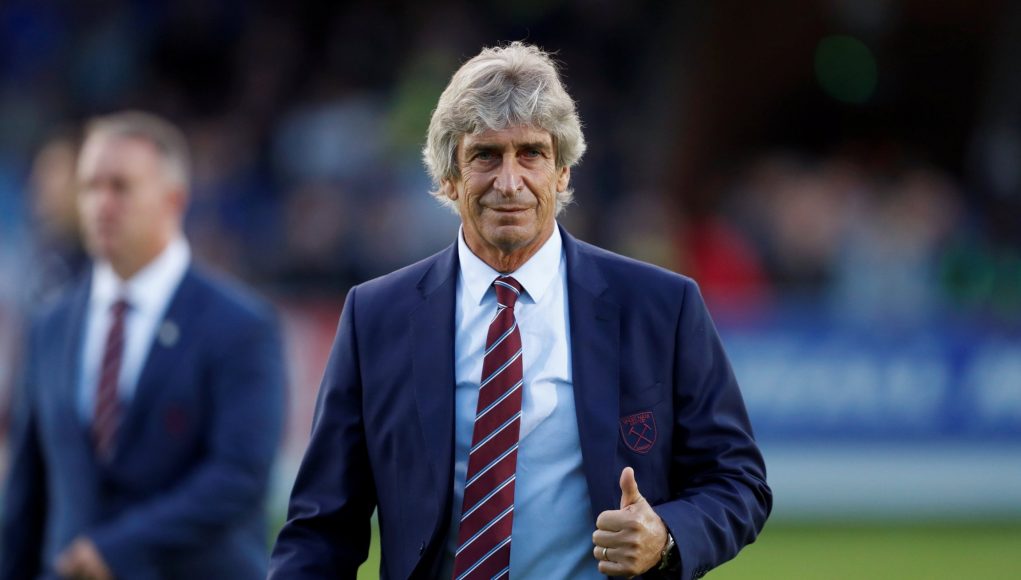 Manuel Pellegrini’s stint as West Ham boss looks to be over before it ever truly began with the Hammers suffering four defeats in a row and lying bottom of the Premier League table. It has been the worst possible start for Chilean and there doesn’t look to be respite coming anytime soon.

Some could argue that it is premature to call time on Pellegrini’s managerial role at West Ham and, after four games, it does seem a bit soon to be calling for the Chilean’s head. The problem is the fixture list doesn’t give the former Manchester City boss a chance to ride out the storm and by the time November comes, West Ham will have played Chelsea, Man United, and Spurs.

A big week ahead. Let's get to work. #MondayMotivation pic.twitter.com/EUCeR9nQ9S

It has been a particularly tough start to life with West Ham for Pellegrini, having to face Liverpool and Arsenal away from home in his first three games. Salvation was offered in the form of Bournemouth and Wolves at home but worryingly both opportunities were squandered and a further six points dropped against teams the Hammers are expected to beat. The loss to newly promoted Wolves would have been especially hard to take after Adama Traore struck in injury time to break West Ham hearts.

Some defeats are easier to take than others and losing to Liverpool on the opening weekend was frustrating but in some ways to be expected. This is a team after all that are 12/1 in Champions League betting to win the competition, so there should be a fair amount of perspective when considering that defeat. It is the ease at which visiting teams are coming to the London Stadium and winning that will concern everyone connected to West Ham Football Club.

As it stands, the Hammers aren’t favourites for relegation at 9/4 and the bookies still back them to right the ship with the odds-on favourites for the drop being Cardiff, Huddersfield, and Burnley. It is foolish to talk about going down when there are 34 games left in the season but historically boards of football clubs aren’t as happy to look ahead and predict results over a long period of time.

West Ham vice-chairman Karren Brady has given Pellegrini the dreaded vote of confidence over the international break and it seems once that is given, the end is nigh. It’s a strange phenomenon and it is hard to work out why managers are fired shortly after the powers that be at a club publicly back them. It probably comes down to the fact that they have acknowledged the results are abysmal and hope for change without throwing their man to the wolves just yet.

It feels like a lifetime has gone by since Pellegrini was appointed West Ham boss and the initial pandemonium that accompanied his appointment has long since faded.

At 7/2, Pellegrini is just behind Manchester United manager Jose Mourinho to be the first Premier League manager sacked this season and with the run of fixtures to come, it won’t surprise anyone if West Ham have a new manager to take the club into Christmas.

West Ham in the Premier League this season:

Their next three Premier League matches:

There is always the chance that Pellegrini comes back from the dead and delivers a few miraculous wins against the clubs in the top six over the next month and a half. In essence, that is his only way out after such a poor start and it really is a case of sink or swim for the West Ham boss.