On our last visit to the DW Stadium, in May 2011, we were condemned to relegation. Sent crashing down by a cocktail of poor management, lack of desire and a resilient Wigan side.

Now, almost 18 months later, we arrive up north in completely different shape. We’ve enjoyed our best start to a Premier League season for 13 years and the whole club is oozing with confidence. We’re seventh and we are loving life.

Sam Allardyce and the two Davids have transformed the fortunes of the club and, for once, those fortunes look like they might be coming out of hiding. We can’t get ahead of ourselves, no, but with the start we’ve had you can’t help but sit back and enjoy life as a Happy Hammer.

Wigan, however, are still in the lower etches of the top-flight. They struggled again last season and they look as if they’ll be fighting to the death again this year. They are yet to win at home this season and have only amassed five points from their opening eight games.

They did come to Upton Park a month ago and beat us 4-1 in the Capital One Cup, though. Big Sam made eight changes that night and let the kids take one hell of a beating. That’s ok, though, because it’s not a cup run that we were after this season. It was survival. And it’s survival we look more likely to secure than Wigan at the moment, even after just eight games.

This is a must win game for the Hammers. November and December will be the toughest months of our season and will need all the points we can get now in order to safeguard a mid-table position once the storm clears in the New Year.

We are West Ham and we will no doubt cause a few upsets in the next few months. But we can’t let our reputation of playing better against the top teams cloud over the fact that it’s the teams below us and around us in the league standings that we need to take the points off.

We’ve done that so far and we need to do that again today. If other results are kind to us we can go fourth this afternoon. That’s not bad for a newly promoted team who’s manager was favourite to be the first to lose his job before a top-flight ball was even pumped up.

I predict a win (I don’t predict scores) and our amazing away fans to sound out the ‘home’ support for 90 minutes. The latter is a certainty. I’m hoping the former is, too. Irons!

Winger Ryo Miyaichi is doubtful with groin injury but will have a late fitness test.

Antolin Alcaraz (groin) and Albert Crusat (knee) are both ruled out.

Joey O’Brien is expected to return to the Hammers’ defence after recovering from a hamstring problem.

Matty Taylor and Guy Demel are close to a return but won’t feature today, while Ricardo Vaz Te has begun his three month rehabilitation after surgery on a dislocated shoulder.

5 – It is five years since West Ham last won back-to-back away fixtures in the top-flight.

19 – Nineteen goals have been scored in the last four fixtures between the two sides.

0 – The Latics have won none of their last six Premier League games against London opposition.

0 – West Ham are the only team in the Premier League team not to have conceded a goal from set pieces this season.

2 – Wigan have conceded two goals in all of their last five home games.

1 – Martinez’s side have kept just one clean sheet in their last 11 games in all competitions.

0 – Wigan are yet to win points from a losing position so far this season.

120 – West Ham have committed 120 fouls in the top-flight so far this season, more than any other team in the division.

1 – Allardyce’s side have lost just one of their last 13 away games in all competitions.

6 – Only six players have represented both clubs throughout their careers. 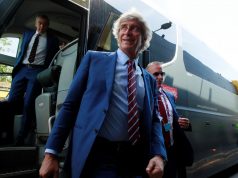 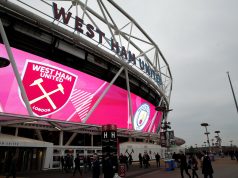