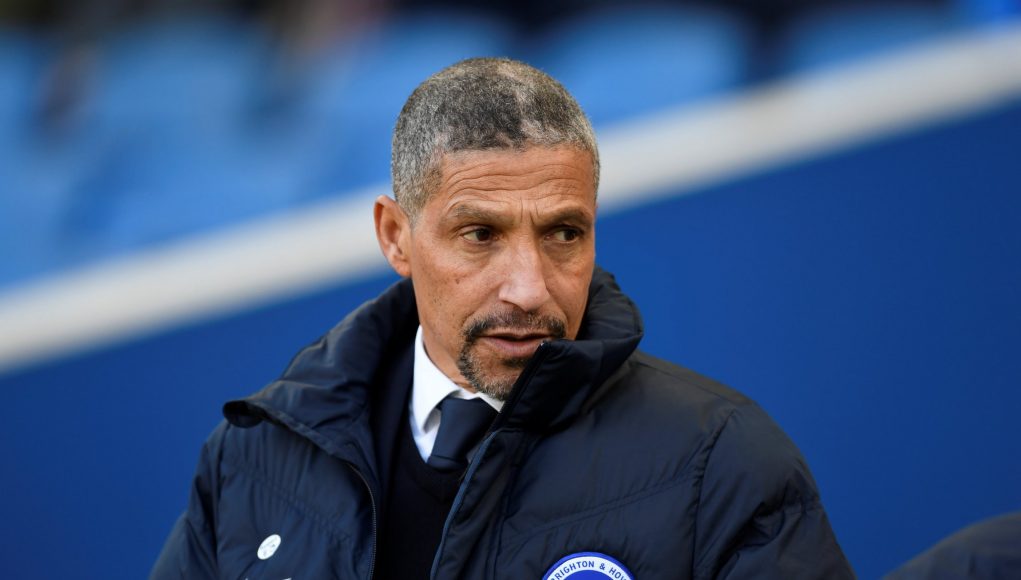 Chris Houghton is doing a fantastic job at Brighton and Hove Albion, leading them up to 10th in the Premier League after a 2-1 win against Arsenal last weekend.

The Seagulls have been a breath of fresh air in the Premier League this season and after a tricky start in games agains Manchester City, Leicester City and Watford, they’ve slowly progressed up the league table.

Their five game unbeaten streak in October and November, which included a 3-0 away win against West Ham, had steered them away from the bottom of the league and relived the early pressures of potential relegation. From the end of January to today, they are currently on their second unbeaten streak of the season and again scored three more goals to see off the Hammers to complete a surprise double.

Houghton’s Premier League managerial experience hasn’t exactly had the best of starts. Despite being assistant manager and a coach in the top-flight for Tottenham Hotspur and Newcastle United, he had two caretaker manager roles, too. In 1998 he achieved a 50% win ratio for Spurs and ten years later had a miserable spell at Newcastle after taking over from Kevin Keegan – he lost all four games.

After Newcastle were relegated from the Premier League, he took over as manager in the 2009-2010 and comfortably won the Championship, with Andy Carroll leading the line. After not getting the full-time job that he deserved, he was released and started a spell at Birmingham City, making his Europa League debut as a manager whilst in the Championship.

After one season in the Midlands, he took over at Norwich City in the Premier League and guided them to an 11th place finish. The following season at the Canaries didn’t go down too well as he was released from his role in April 2014 with the club languishing in 17th place – the club who were five points clear of relegation whilst Houghton was in charge, were relegated.

Houghton began his spell at Brighton the following season in December 2014 after a vast amount of managerial offers and in 2017, he achieved promotion with the East Sussex club.

Houghton, born on Forest Gate, used to play for West Ham United between 1990-1992 and was a boyhood fan. He was signed on loan and then on a free transfer by West Ham legend Billy Bonds as cover for Julian Dicks and when signing he declared he “was finally home.” He helped the Hammers get promoted in 1991 at the age of 33.

Chris Houghton’s managerial style is refreshing and states two important factors in his philosophy – correct training sessions that suit the type of player and hard discipline.

These methods, alongside his understanding of the club and tough managerial experience, tick all the boxes for him to become the next West Ham manager. He’s worked with some good players but what he will do well is create a team that works for one another, which is something West Ham lack massively. Given the backing, finances and opportunity to build a team, West Ham could become a very hard and tough outfit to beat.

David Moyes has been an average appointment; some would say the squad looks fitter and we defend better, but we’ve gone back into the Bilic form of late.

We need to go back to basics once our Premier League status is confirmed and bring in Chris Houghton, who has got the best best out of average players at Brighton, like Glenn Murray, Jose Izquiero and Jurgen Locadia.

Give the local lad and ex-Hammer a chance, I’m sure he wouldn’t disappoint by  stepping into the London Stadium as West Ham boss.