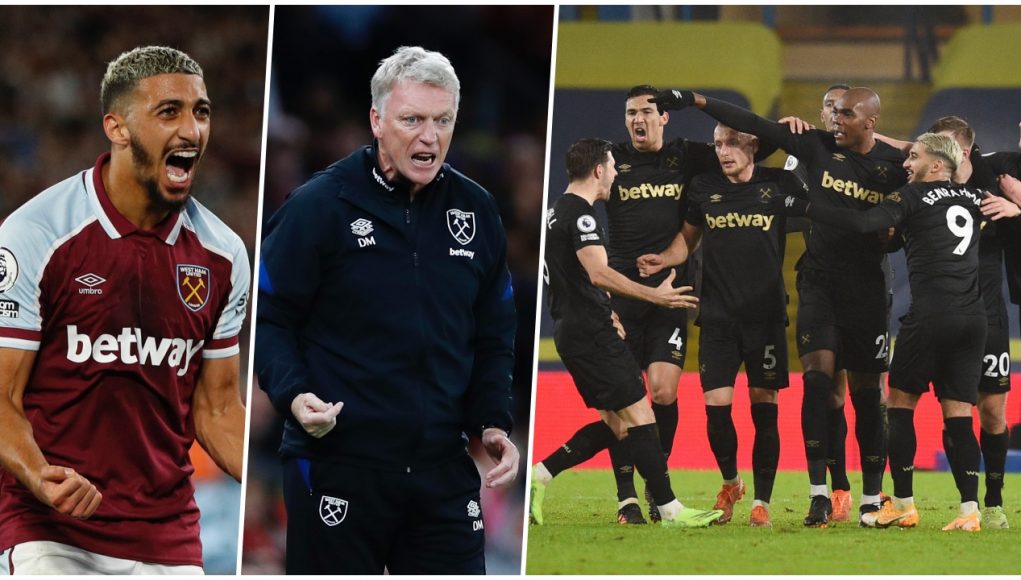 The Hammers did run out winners there last season, as Angelo Ogbonna headed in an 80th-minute winner in a 2-1 victory back in December.

But that was our first win on Leeds’ patch since November 2000!

6 – To make that record even worse than it already is, the Hammers have scored just six Premier League goals at Elland Road, conceding 19.

3 – But victory this weekend will make it three consecutive wins over the Whites for the first time since a run of four wins between 1948 and 1949.

5 – For the first time since 1946, Leeds have failed to win a single game from their opening five of a top-flight campaign.

5 – And the Hammers are currently on a run of five games unbeaten on the road.

200 – A defeat for West Ham will bring up 200 Premier League defeats for David Moyes as manager, which would make him only the fourth boss to reach that unfortunate milestone after Harry Redknapp, Sam Allardyce and Steve Bruce. Funny how the majority of those names have managed West Ham, isn’t it?

5 – Said Benrahma has been sensational so far this season, being directly involved in five Premier League goals in as many games (3G, 2A).

35 – Perhaps the reasons Leeds haven’t won a game so far this season is because they’ve allowed 35 shots on their goal already, more than any other team so far this term.

100 – Lastly, West Ham need to score two more goals to bring up 100 in the Premier League since David Moyes returned for his second spell in December 2019.