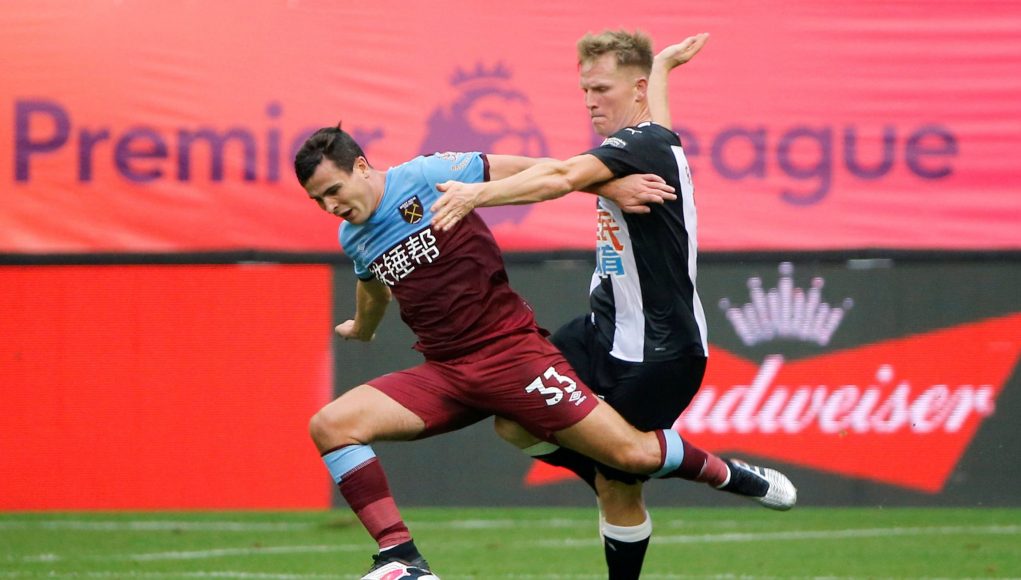 West Ham parted ways with Spain midfielder Pedro Obiang earlier this week – but are the Hammers leaving themselves short if they fail to replace him?

The 27-year-old completed his £7.2m switch to Sassuolo on Wednesday and it leaves the Irons with Declan Rice and Carlos Sanchez as the only recognised defensive midfielders at the club.

West Ham have won one of their opening three pre-season encounters and the lads discuss whether results matter in the build-up to the forthcoming campaign.

That is followed by discussion over transfer news – are the Hammers lacking squad depth for the 2019/20 season? The trio of William Pugh, Charlie Hawkins and Tom Edwards also spoke of the improved transfer approach since the arrival of Manuel Pellegrini, and former West Ham midfielder Lee Hodges spoke to the lads about the upcoming season.

The show concluded with the announcement of the ‘club legend of the week’ and Will and Tom battle it out in a West Ham quiz.

Plenty of talking points as usual so make sure to give the show a listen!