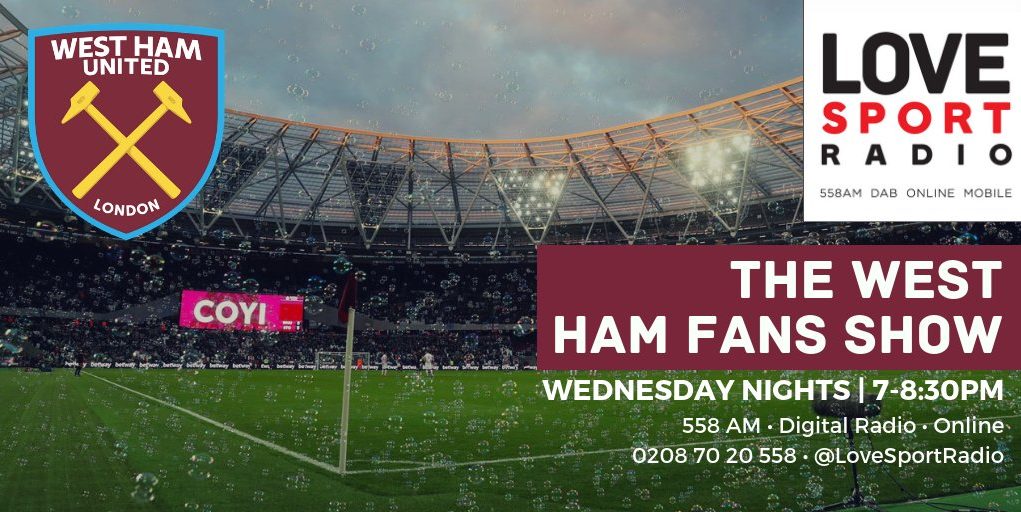 This week, on the eve of Deadline Day, James Jones, Will  Pugh and Aaron Paul spent most of the show moaning about how much of a “disgrace” the club has been over the last week or so. Yes, that word was used quite a lot this week.

From the defeat to Bournemouth all the way through to the thrashings at the hands of Wimbledon and Wolves, everything seems to be going wrong at the club again. And don’t even get us started on Marko Arnautovic. The lads also take a breath to discuss transfer rumours and the team’s chances against Liverpool on Monday night (spoiler: they’re not confident!)

If all that’s not enough to whet your whistle, then it’s also worth noting the lads were joined on the phones by West Ham legends Frank McAvennie and Tony Carr, who both gave their views on recent events at the club as well as what they think may happen for the rest of the season.