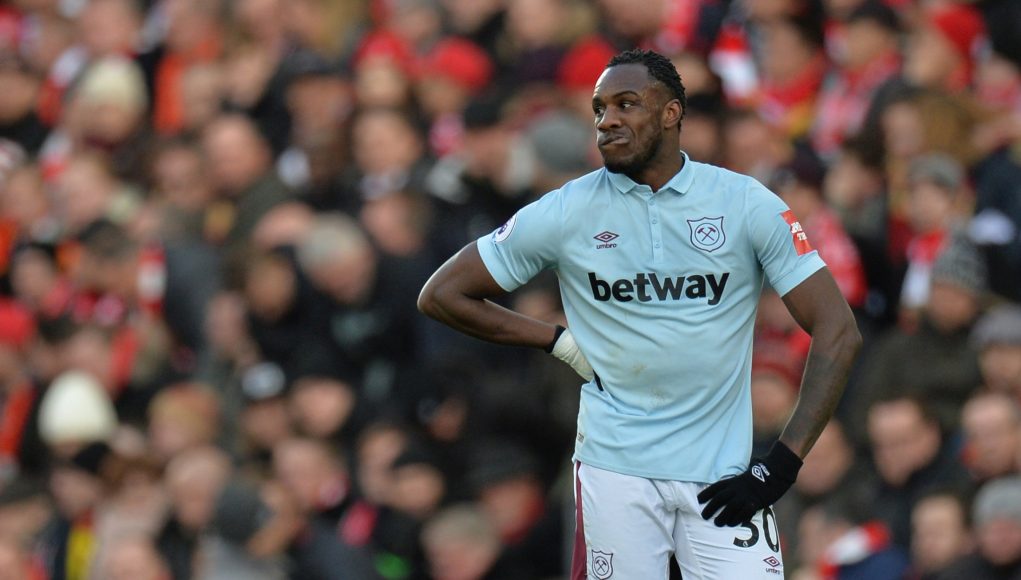 West Ham have plenty of work to do this summer and it’s expected that there will be a number of incoming and outgoing pieces of business.

The Hammers have reportedly handed new boss Manuel Pellegrini a healthy transfer kitty of £75m to spend in the summer market and the budget would increase with any outgoing deals.

Crystal Palace have been widely attributed with holding an interest in West Ham’s Michail Antonio and it seems a deal could be on the cards in the coming months.

The Guardian states West Ham would be willing to sell to their Premier League rivals for the right price, after a campaign where Antonio struggled with injuries and saw his importance to the club decrease.

28-year-old Antonio managed just three goals in 21 appearances last term, 16 of which were starts, while his last appearance for the Hammers was at the end of March.

With the club looking to move in a new direction, the former Nottingham Forest man could find himself surplus to requirements – especially with the Hammers said to be interested in Stoke City’s Xherdan Shaqiri.