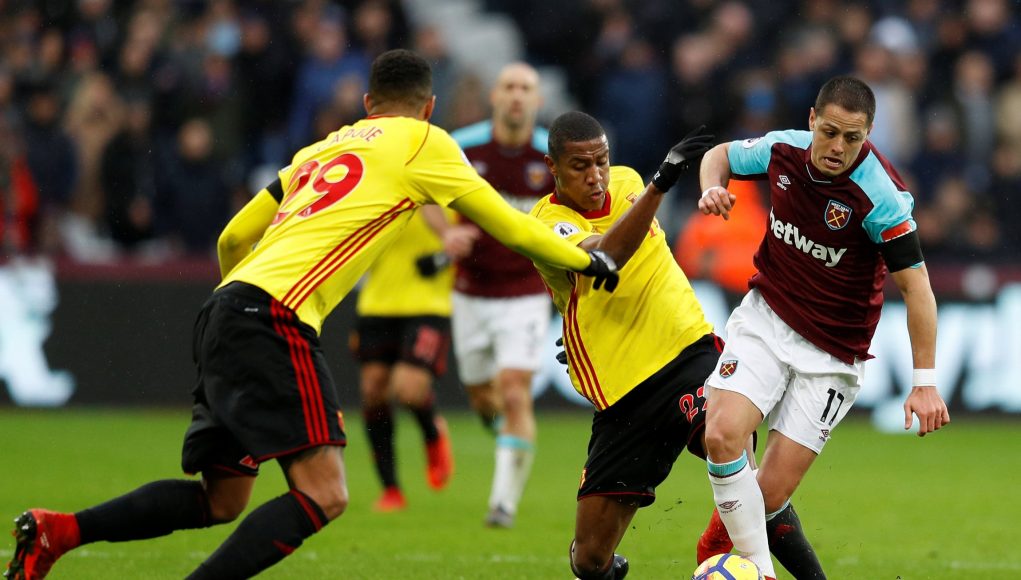 West Ham welcome Watford to the London Stadium in a game which is of vital importance to both clubs.

While the two teams are in a very similar position in the league table, the recent form of both clubs is more revealing. Through November until now, the Hornets have only won one, drawn two and lost four of their last seven games, failing to keep a single clean sheet during that period.

By contrast, West Ham have won the their last four games, scoring 11 goals in the process. This game against Watford is the first of five upcoming fixtures where we could win up to four of them and even possibly grab something in the match against Arsenal.

In the 2-0 win over Fulham, Manuel Pellegrini opted to use a 4-4-2 formation, and I am suggesting a similar formation against Watford. It doesn’t take an advertising agency to tell us that the current make up and craft Pellegrini has put in to this team is attractive and promising, but there is room for improvement. 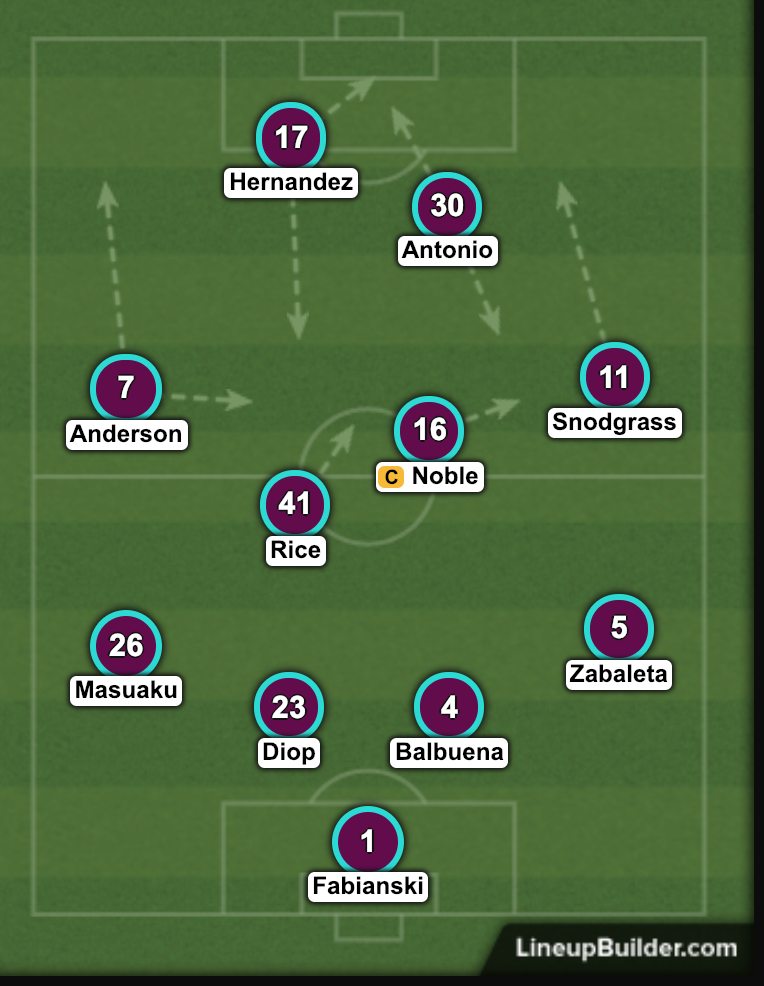 I have made a slight change from a conventional 4-4-2, by advancing certain players a little further up-field.

Lukasz Fabianski is to retain the custodian role, with Arthur Masuaku, Issa Diop, Fabian Balbuena and Pablo Zabaleta making up the back four. I am suggesting that Masuaku and Zabaleta to be placed slightly ahead of the twin central defenders, Diop and Balbuena.

This allows Masuaku to be a little closer to Felipe Anderson, and Zabaleta closer to Robert Snodgrass. In doing so, closer inspection of the positions of Masuaku, Declan Rice and Anderson, reveals a starting triangular shape on the left side, and Zabaleta, Mark Noble and Snodgrass forming a similar geometrical shape on the right side.

In forming these shapes, it facilitates the moving triangle set-up, which has been a hallmark of our game play in recent matches. In the centre of midfield, I have placed Noble a little further ahead of Declan Rice. This allows the formation of a very useful diagonal structure (Masuaku-Rice-Noble-Snodgrass) on the left side of the pitch and a similar diagonal structure (Balbuena-Rice-Anderson) from the right hand side.

A moving, quick passing, diagonal can be very effective in cutting the opposition midfield to pieces, compared to the employment of the pin-point vertical pass which is used by defenders/midfielders to communicate with attacking players in forward advanced positions. In the continuing absence of Marko Arnautovic, I have picked Michail Antonio to join Chicharito up front. 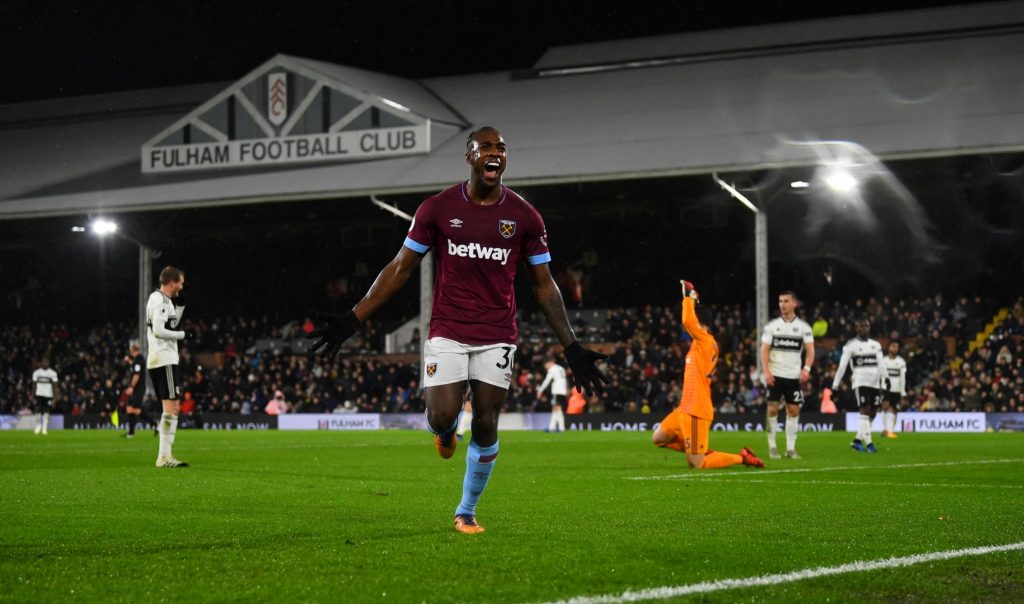 It is arguable whether we assign the term midfielder to both Anderson and Snodgrass, since they are natural wingers. The 4-4-2 starting formation, as suggested here, could quickly transfer to a 4-3-3 shape within the game.

For example, we should expect Anderson to make attacking runs into an advanced pocket on the left flank. In order to dampen down any possible counter-attacking move from Watford, I have suggested that Masuaku moves into a midfield position to cover for Anderson’s surge forward. Likewise, should Snodgrass attack down the right flank, I have indicated that Noble and Rice to make slight adjustments from their original central positions.

In such an instance, either Anderson or Masuaku can make up the third position in midfield. On the rare occasion in which both Anderson and Snodgrass both surge forward to form a very menacing four-man attack, then Masuaku could make the appropriate movement into midfield, and possibly Issa Diop moving into a central defending midfield position to provide cover behind Rice and Noble.

As this article goes to press, it looks like Marko Arnautovic will be still out for the next two to four weeks with his hamstring injury. It appears that West Ham are on the brink of signing the talented Samir Nasri, who has been training with the squad for a number of weeks now and is a favourite of Manuel Pellegrini.

Other names of interest (re: possible loan or January signing), include, Andreas Pereira, Ruben Loftus-Cheek, and Pascal Gross.