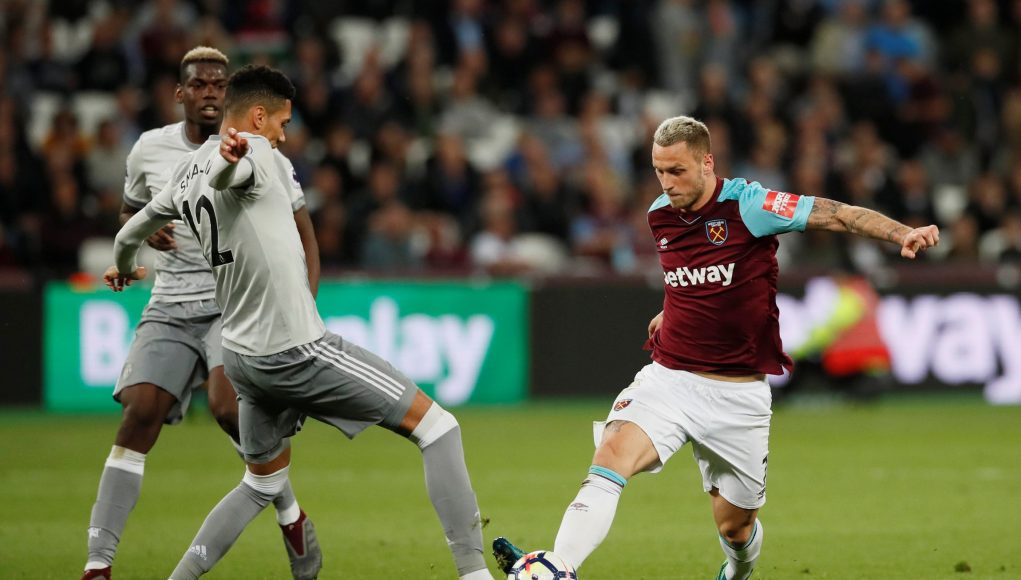 Things seem to be on the way up at West Ham after picking up four points in our last two league games and then thrashing League Two side Macclesfield 8-0 in the Carabao Cup.

The win at Everton and the home draw against an unbeaten Chelsea side were the games in which we really believed Manuel Pellegrini and his players had turned a corner following four consecutive league defeats, and that will definitely be true if we can avoid defeat to Man United this weekend.

Jose Mourinho and Man United appear to be in turmoil at the moment, with the Portuguese having a very public spat with Paul Pogba in training earlier this week.

This, coupled with the fact they’ve failed to beat both Wolves and Derby in the last seven days, could hand the Hammers the upper hand on Saturday afternoon.

Our recent record against the Red Devils isn’t exactly great, though, as you’ll find out in the list of interesting stats and milestones you should know before kick-off…