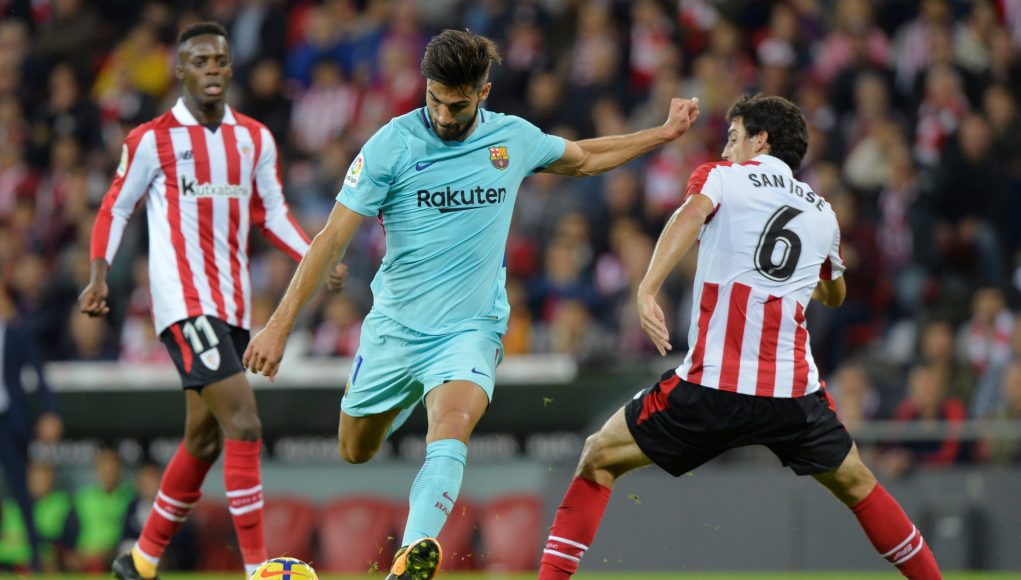 A source close to WestHamWorld.co.uk can confirm that West Ham United are revisiting the prospect of signing Barcelona’s Andre Gomes on loan until the end of the season.

Having signing Paulinho in the summer and the arrival of Philippe Coutinho this month, Barcelona will allow have to release a couple of players to comply with the squad’s league registration requirements. Gomes is one of those players, along with ex-Everton winger Gerard Deulofeu.

The Hammers were interested in a deadline day loan deal for the Portuguese midfielder in the summer and our source believes the club are interested in revisiting a potential deal before the end of the current window.

Tottenham were also linked with Gomes but wanted a permanent deal at half his valuation, taking advantage of the La Liga registration rule, as they did when signing Rafael Van Der Vaart from Real Madrid for just £9m.

West Ham are also keeping an eye on Real Madrid’s transfer activity this window and are making enquiries for Spanish winger Lucas Vazquez, but our source claims he would favour a move to Newcastle to work under fellow Spaniard Rafa Benitez if he were to leave the Bernabeu.