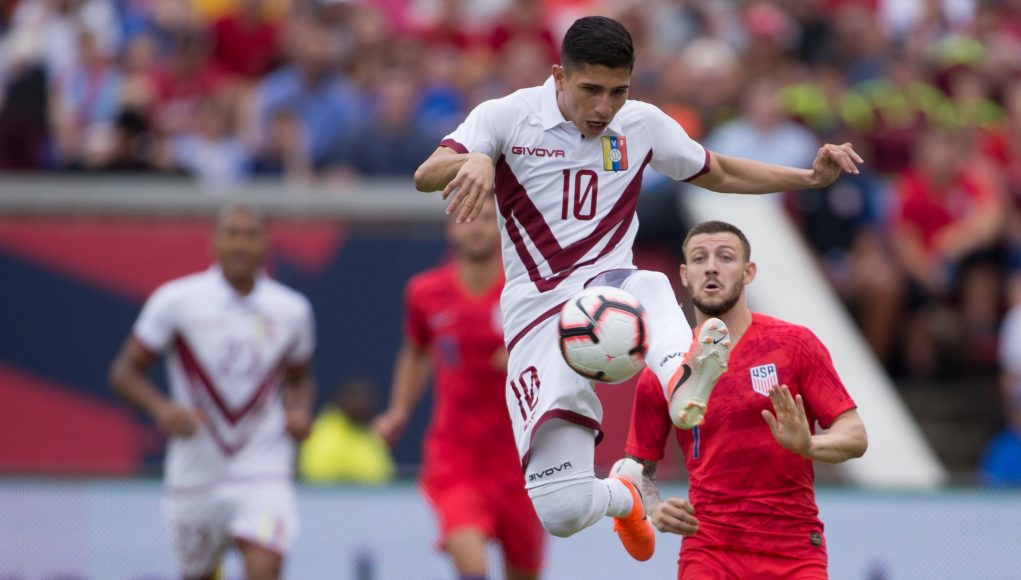 Representatives from the Hammers and Newcastle United are set to watch him in Venezuela’s Copa América game against Brazil, with a view to signing him for around £6 million.

The 22-year-old has scored three goals and assisted once in 13 MLS starts for Real Salt Lake this season.

He played 69 minutes in Venezuela’s opening Copa América game, which ended 0-0 against Peru, before being replaced by Cadiz winger Darwin Machis.

The Brazil match kicks off at 01:30 GMT on Wednesday and is likely to be the toughest match the Venezuelans face in the group stages, with Bolivia their only other game following it.

This is likely why the Hammers have chosen to monitor him during this game, as it is one of very few opportunities they will have to see him against top level opposition, as he doesn’t get that in MLS.

Brazil’s back line was comprised of Alisson, Dani Alves, Marquinhos, Thiago Silva and Filipe Luis (who Savarino will likely be directly up against) in their opening game so it will certainly be a test for the 22-year-old.

West Ham could also be keeping an eye on Salomón Rondón during the game, with football.london reporting they are interested in the West Brom striker.