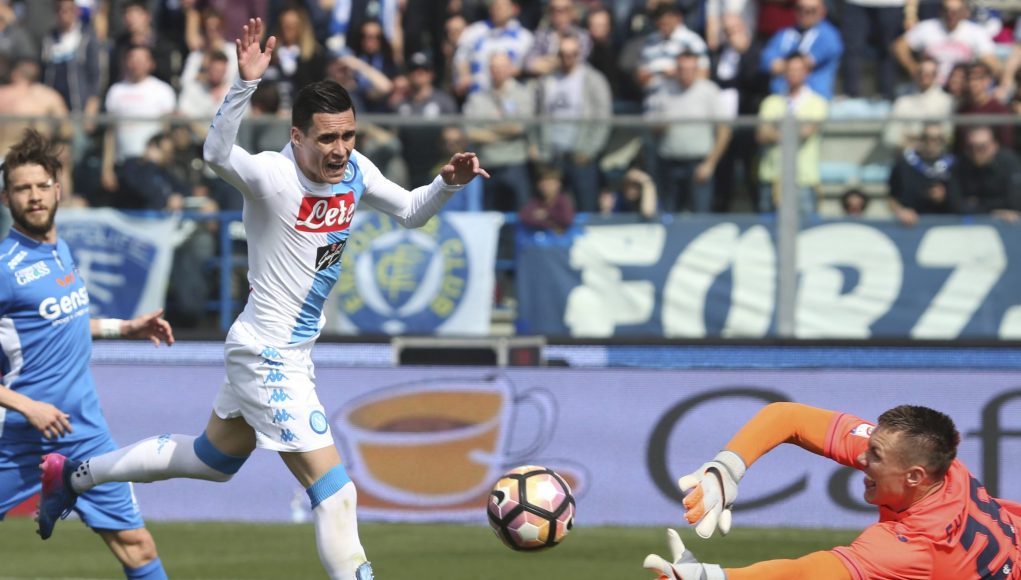 Manuel Pellegrini has plenty of work to do at West Ham this summer and one of his most important pieces of business is identifying a new first-choice stopper.

Joe Hart has returned to Manchester City after a disappointing loan spell at the London Stadium, while speculation also suggests that Adrian could be on the way out.

Italian outlet TuttoMercatoWeb have stated that the Hammers are keen on the services of Roma stopper Lukas Skorupski, who has struggled for first-team football in the Italian capital.

That’s handed West Ham a boost in the market as Football Italia quote the goalkeeper as suggesting to Polish outlet Sportwefakty that a summer transfer is on the cards.

“There’s no getting around it, I have to play football. I can’t accept this situation.”

Playing as understudy to Brazil international Alisson at the Stadio Olimpico last season, 27-year-old Skorupski made just two appearances across all competitions.