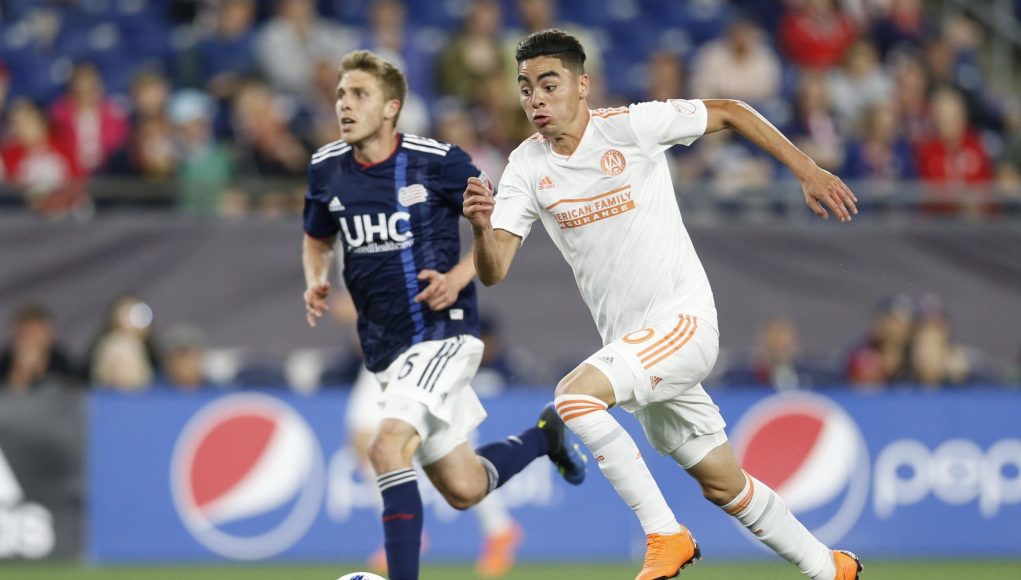 West Ham could extend their summer spending spree with a move for a highly-rated midfielder, following a positive boost in the market.

The Hammers have been attributed with an interest in Atlanta United’s Paraguay international Miguel Almiron, alongside Newcastle United, who would cost around £10m.

MLS giants Atlanta, currently top of the Eastern Conference, are determined not to sell the 24-year-old but The Sun hands West Ham a boost by stating the player himself is keen on a transfer.

A move is more likely to occur in the winter window midway through the Premier League season, when Atlanta’s MLS campaign has come to a close, but a swoop could be lodged in the final weeks of the window.

Capped 12 times by his nation, the versatile attacking midfielder would increase the depth at Manuel Pellegrini’s disposal for the 2018-19 season but negotiating a deal with Atlanta could prove to be a very difficult task.