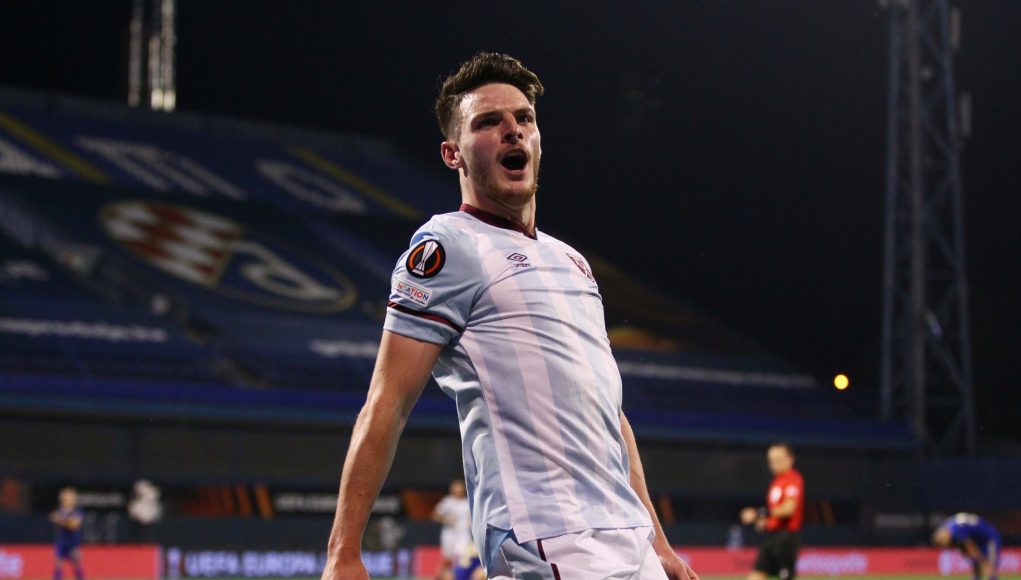 It’s long been debated by neutral fans that Declan Rice doesn’t get forward enough and that he likes to pass the ball sideways too much.

It’s an opinion mostly carved out by those who watched the midfielder play for England in the Euros, where he was one of the best central midfielders in the tournament despite being told to play a much deeper role than he does for West Ham by Gareth Southgate.

The role restricted his most prominent strengths, which include driving the ball forward out of midfield and creating an attack, among many others that defensive midfielders are able to do when they have the intelligence to read the game and licence to break forward when necessary.

We saw both of those skills in perfect harmony in the Europa League victory over Zagreb last week, when Rice intercepted a pass inside his own area, ran forward into Zagreb’s penalty box and smartly finished under the goalkeeper to make it 2-0.

He also showed how good he is at it when assisting Michail Antonio’s record-breaking goal against Leicester City last month, when he overlapped Aaron Cresswell before putting in a low cross from the left for Antonio to control, turn and shoot low beyond Kasper Schmeichal.

But it’s also Declan Rice’s passing which is very, very impressive, and the below tables show that he is actually far from the sideways merchant many neutrals have him down as.

As you can see above, Rice has completed the fifth most successful passes (304) in the Premier League so far this season, 51 of which were into the final third (below).

Only nine other players have made more passes into the final third than Rice, six of which play for the likes of Liverpool, Man City and Man United.

That shows just how forward-thinking Rice is when playing for West Ham, and that’s even while Tomas Soucek is often the one who is given more license to get forward into the opposition box, with Rice sitting back and covering him when he does.

That’s some feat for a player who plays for a team that adopts a style of play that prefers to allow the opposition to have possession and uses counter-attacks to create goal-scoring opportunities.

Rice’s impact from midfield and his passing output akin to that of a player in a side that will almost always dominate possession, like Manchester City or Liverpool.

And that might suggest why he’s being touted for a mega-money transfer to the likes of Manchester United.