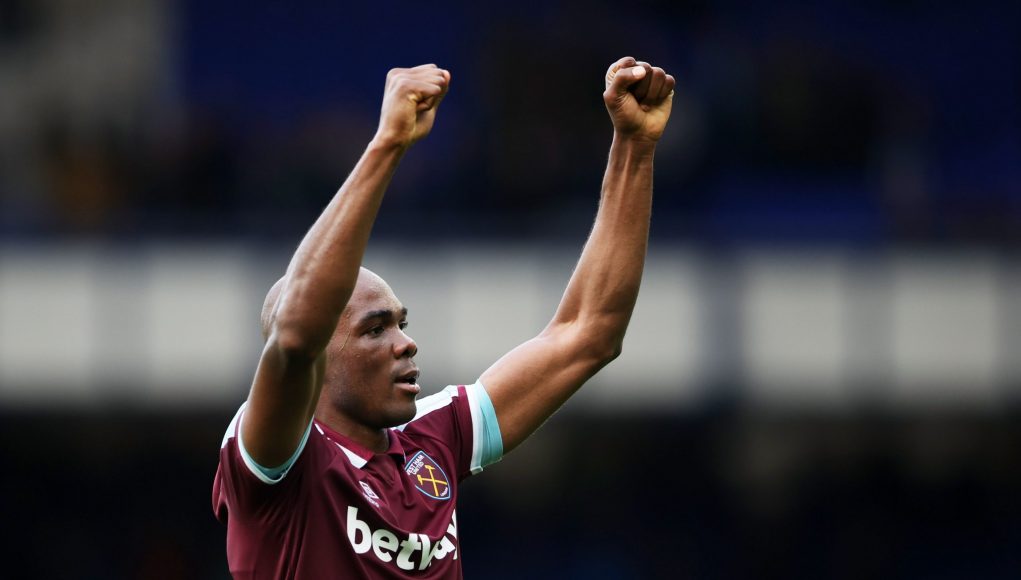 Angelo Ogbonna made his 200th first-team appearance for West Ham on Sunday as he helped the Hammers to a huge 1-0 victory over bitter rivals Tottenham.

The 33-year-old is now in his seventh season in east London after signing from Juventus in 2015.

Since making his debut in a Europa League qualifier against Astra Giurgiu, the centre-back has been a constant brick wall in the Hammers’ defence, particularly over the last two years following the return of David Moyes as manager.

He has also found the net at least once in all but one of his seasons in east London, scoring 13 in all competitions to date.

In the Premier League, Ogbonna has made 172 appearances, which puts him ninth in the list of players with the most Premier League outings for the club.

If he goes on to play every remaining Premier League game this season, the defender will end the 2021/2022 season fifth on that list with 201 appearances, just one behind Steve Potts, and he would be only the fifth player to reach the 200 appearances milestone for West Ham in the Premier League era, behind Potts, Carlton Cole, Aaron Cresswell and Mark Noble.