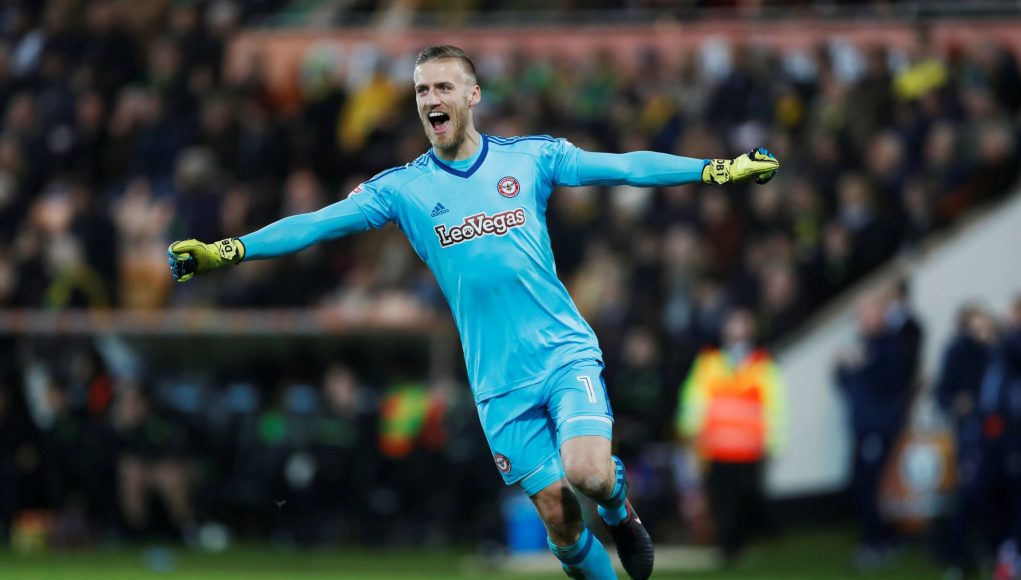 There has been plenty of speculation in recent weeks over who West Ham United should sign as a new No.1 goalkeeper and all the stoppers listed are going to cost north of £20m.

However, I feel we should dip into the Championship and bring a young English goalkeeper in to compete with existing No.1 Adrian, who I feel should be given a new contract.

My suggestion is ex-Southend United keeper Daniel Bentley, who currently plays for Brentford. Born in Basildon, West Ham fan Bentley progressed through the Arsenal academy from 2009 and was later sold to Southend United in 2011.

‘Big Dan’ used to play as a central defender before being scouted by Arsenal after making one appearance in goal. His concentration, reflexes and close range shot saving are strong elements to his game, along with his off the floor distribution and active communication skills. Bentley likes to come off his line often and plays as a deep sweeper, but the strongest element to his game is his penalty saving ability – something that would be very useful to the current England national team this summer.

To 6ft 3″ keeper kept 15 clean sheets in 45 league games for Brentford last season, racking up an amazing 4,050 minutes. Signed in 2016, Bentley has two years left on his contract and could potentially be available for £5m – the same amount Stoke City paid for Birmingham for Jack Butland back in 2013.

The Essex boy is a player the club should seriously consider and would potentially be the signing of the summer when given the platform to showcase his abilities.