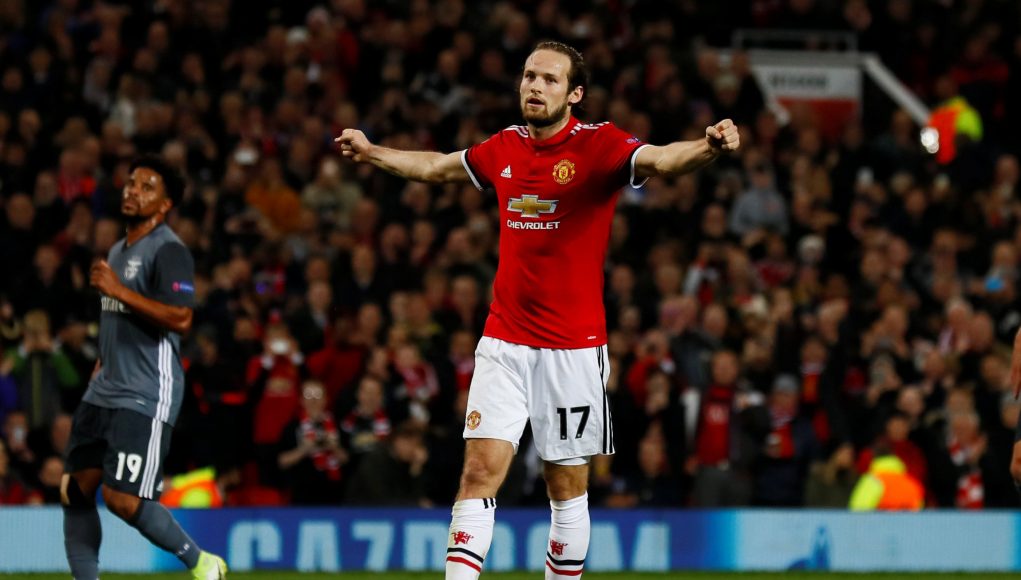 With Premier League safety all but secured after a dramatic equaliser from Andy Carroll against Stoke City, West Ham should make a move for Man United’s out-of-favour versatile defender Daley Blind.

Blind was signed by Louis van Gaal from Ajax after an impressive World Cup campaign for Holland in 2016.

The 28-year-old could be available for around £15m (he is valued at £18m by transfermarkt.com) and with Jose Mourinho potentially looking to spend big this summer, a move to the London Stadium would suit both West Ham and the Dutchman.

His quality and experience would be highly beneficial to West Ham as he can play as a holding midfielder and as a left-sided central defender. Bringing in Blind would create a nice link between him and Cresswell, who could alternate in the left wing-back and left central defence position.

This season he has struggled with injuries, featured only 15 times in all competitions, and is currently recovering from a Malleolar fracture in his lower leg.

But with the team starting to unearth youth players such as Declan Rice, Josh Cullen and Reece Oxford and handing them chances in senior squad, to bring an experienced player to strengthen up the back line – as well as a good ball player – would be a very good signing for West Ham.