West Ham World
Home Homepage West Ham should give up on Marko Arnautovic, no matter the risks 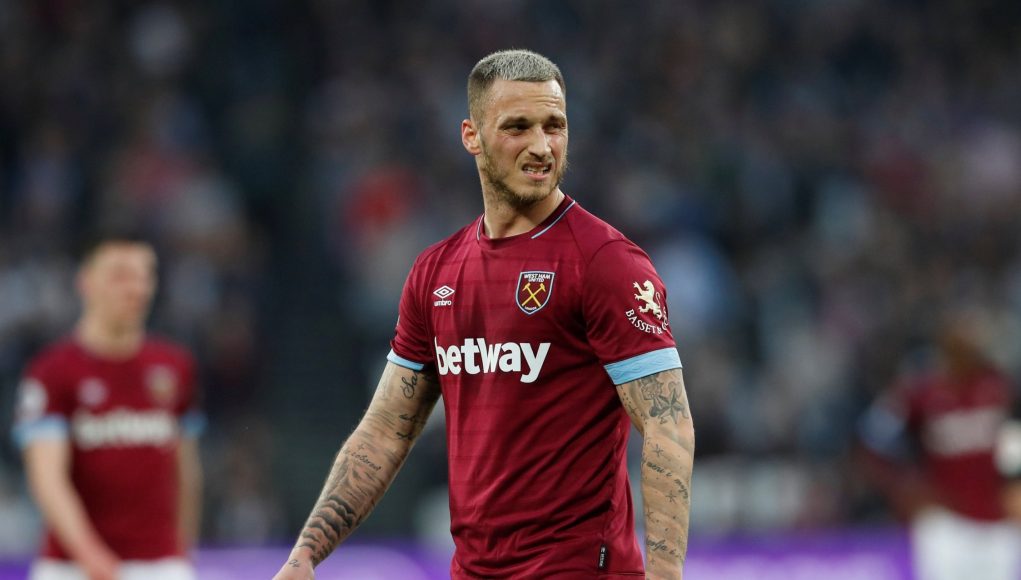 Marko Arnautovic has handed in a transfer request at West Ham, according to Sky Sports.

They report that an unnamed Chinese Super League club have made an approach to sign him, with this leading Arnautovic to tell West Ham he wants to leave.

This of course isn’t the first time he has tried to force through a move from West Ham, as it also happened in January when two Chinese clubs, said to be Shanghai SIPG and Guangzhou Evergrande came in for him, with the Hammers rejecting a bid of £35million.

While the Hammers kept hold of him last year by giving the misfit a £100,000 contract, they shouldn’t bother trying to keep him this time around.

It was his antics which arguably played a large part in the Hammers’ progress being derailed last season – as he refused to play, then returned after the AFC Wimbledon loss as if nothing had happened.

With the anticipation that has already been building around the new campaign, West Ham can’t afford to have a disruptive figure like that in the changing room – as he has shown he is not the type of player to get on with things if he wants a move away.

There are of course risks involved in letting him go, especially with Javier Hernández admitting he will likely leave the club during his appearance on YouTube channel Naked Humans.

This would leave Jordan Hugill and Xande Silva as the club’s main two strikers until reinforcements are signed.

Though if the club move quickly there are options to replace Arnautovic, while also bringing in their main striker targets.

An example of someone the Hammers could move for – outside of Maxi Gómez and Salomón Rondón, the club’s main targets, according to ExWHUEmployee – is Moussa Marega, who the insider has claimed is a target for the Hammers.

West Ham wanted three top strikers at the club and this would mean they have that – it also would be unlikely to impact the finances, as Arnautovic and Marega would likely hold a similar value.

It would be difficult to know what to expect when there are no main strikers from the previous season, but we know what Arnautovic is likely to bring and that is of detriment to the club.

Even if the Hammers can only bring in the original target of two strikers, it is still worth getting rid of Arnautovic to ensure squad harmony is maintained.

If Arnautovic wants to go, West Ham should let him as soon as a reasonable offer comes in.