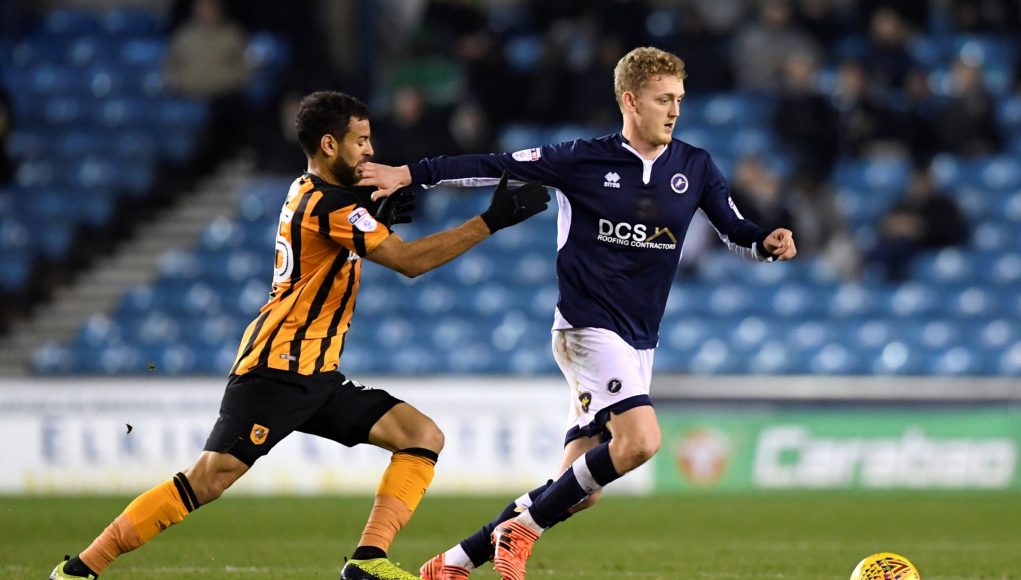 West Ham scouts have been tracking Millwall midfielder George Saville this month as they look to tie up a deadline day transfer, a source close to WestHamWorld.co.uk believes.

Northern Irishman Saville has tallied 28 appearances for West Ham’s old enemy this season, scoring seven times and picking up four Man of the Match performances. The central midfielder, who is a product of Chelsea’s saturated youth system, has been a regular for Millwall after signing from Wolves this summer for £750k.

With West Ham likely to be without Pedro Obiang for the rest of the season, Saville’s strong defensive contribution would be much needed to support the team. Although his passing is weak, he makes this up by his tough tackling and tendency to dribble in the middle of the park.

At 24, he is a player with considerable Championship experience and looks ready to make the jump up to the Premier League and looking to add to his four Northern Ireland international caps.

It is believed scouts were present at Elland Road for Millwall’s 4-3 win against Leeds United and were also at The New Den for their FA Cup fixture vs Rochdale. Unfortunately for the Hammers scouting team, George Saville did not feature in the 2-2 draw and are now likely to attend Millwall’s home league game v Derby County on Tuesday night.

A scout is going to see Saville in action one last time to finalise a report to send back to the club for David Moyes to make a decision. If David Moyes approves, a prepared package bid for £2m plus a loan deal for youth player Nathan Holland until the end of the season could be West Ham’s offer.

Saville is valued at £675k by transfermarkt.com.