Having scored nine and assisted five in 16 Premier League games during his six-month London Stadium loan spell last season, it’s no surprise David Moyes is trying to find a way to bring him back this summer.

It is believed Man United are open to selling the England international but given the form he showed while on loan at the Hammers last season, their valuation has no doubt increased since January.

Transfer expert Dean Jones admitted earlier this week that he could be available at around £30m now and that a move back to West Ham might depend on whether the club can keep hold of Declan Rice in the summer window.

But despite all that, the bookmakers still have the Hammers down as favourites for his signature over the likes of Leicester City, Everton, Borussia Dortmund and Tottenham, with SkyBet offering odds of 8/11 (below, via OddsChecker) for Jesse Lingard to be a West Ham player after the summer transfer window… 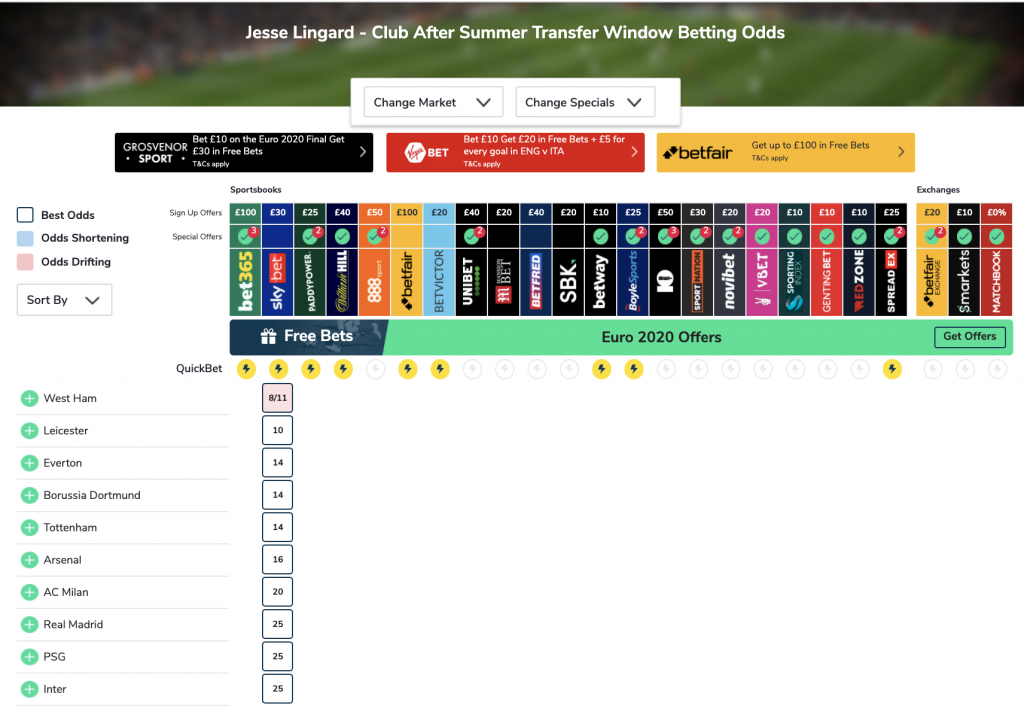 It’s not yet clear whether West Ham have made an official bid for Lingard this summer, with some reports claiming he could be available for around £20m, while others suggest the Hammers may struggle to meet Lingard’s huge wage demands.

This will be an interesting story to follow this summer, but at the moment the bookies are expecting West Ham to be successful in their pursuit of Lingard before the end of August.

Lingard is valued at £19.8m transfermarkt.com.