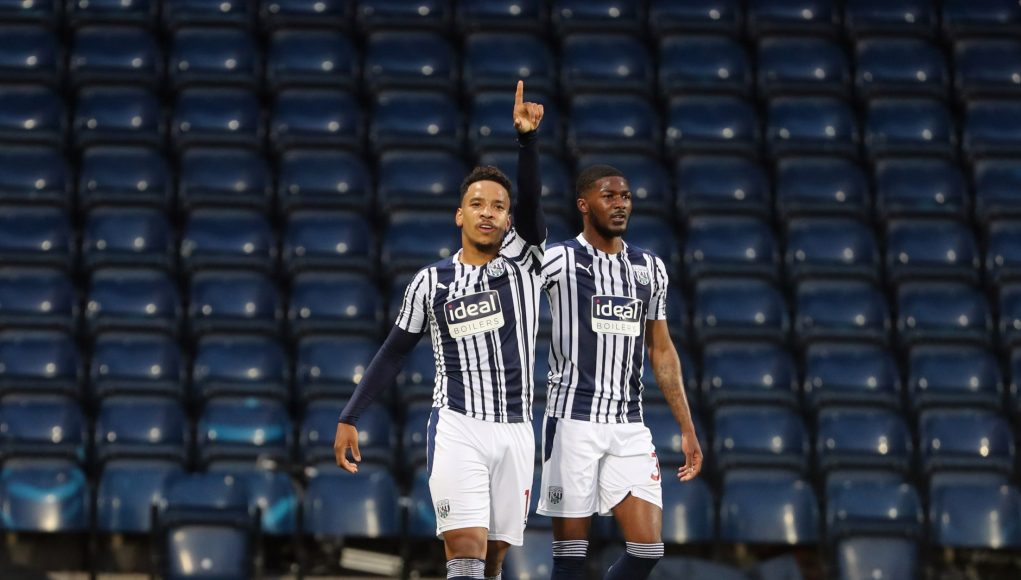 Jesse Lingard is the player David Moyes wants this summer and it’s no surprise why.

Nine goals and five assists in just 16 appearances tell you all you need to know about Lingard’s ability to positively impact this West Ham team, but signing him permanently is far from a certainty this summer.

One thing Lingard did highlight during his successful loan spell was the need for an energetic and creative attacking midfielder who can almost play a free role in attack, anywhere across the front three and behind the striker.

While Said Benrahma and Pablo Fornals both have positive strengths that improve the team, Lingard’s energy and eye for goal make him the perfect player to have on the counter-attack, as well during patient build-up play.

So if a deal can’t be reached with Manchester United to bring Lingard back this summer, then you would’ve thought Moyes might have a handful of alternatives in mind, who could play that role just as effectively next season.

Turns out that might not be the case, if a report by Claret & Hugh is to be believed, which I know many fans probably won’t.

The report claims Moyes is not planning to target a Lingard alternative if he’s unsuccessful in negotiations with United and will specifically pass up any opportunity to move for West Brom’s Matheus Pereira, who is valued at £11.8m by transfermarkt.com.

The 25-year-old Brazilian was head and shoulders the Baggies’ best player last season, scoring 11 goals and assisting six in 33 Premier League appearances, despite Sam Allardyce overseeing their route back to the Championship at the first time of asking. The midfielder was also the stand-out player when we won 3-1 at the Hawthorns in May, scoring directly from a corner and causing us a lot of problems when West Brom went forward.

He is a very similar player to Lingard, with pace, creativity, an eye for goal and intelligence off the ball, so it wouldn’t have been a surprise if we’d have tried to bring him in instead of Lingard this summer. 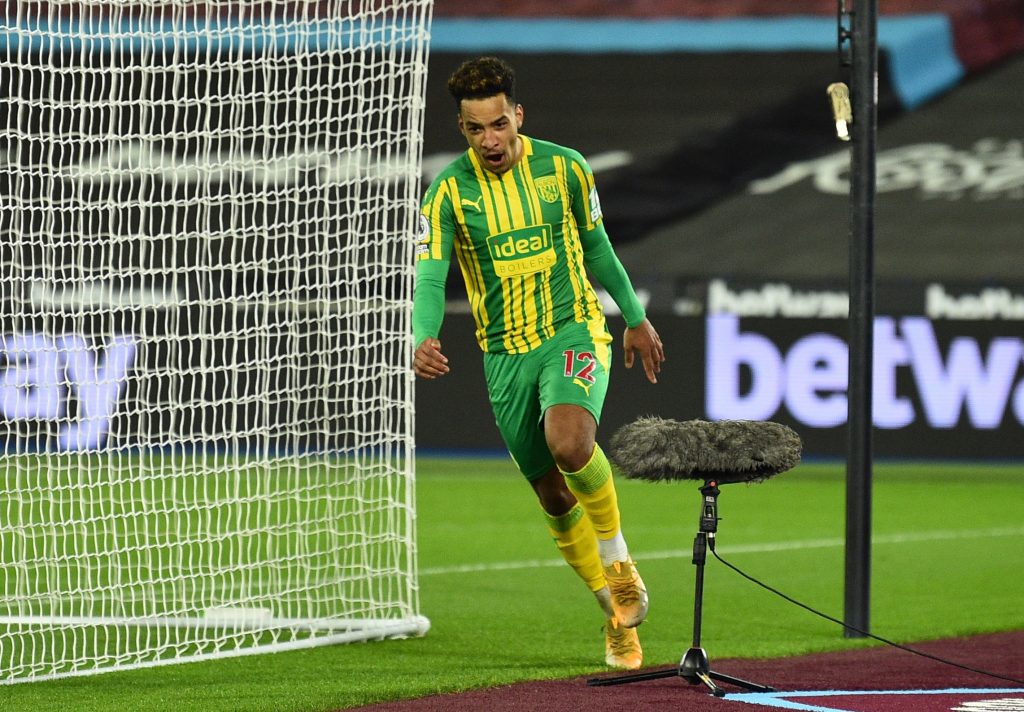 Whatsmore, it has been reported by TEAMtalk that the Baggies are looking for at least £15m for Pereira, who will almost certainly leave in the coming weeks as he’s much too good for the Championship.

Aston Villa and Leeds have both been linked with a move for him, but it would be a surprise to see Villa facilitate a deal having signed Norwich’s Emiliano Buendia for a club-record £33m this week – the Argentine is a similar and arguably better player, so it seems Dean Smith has already got his man to play that role.

So, if it’s just Leeds left in the ‘race’ for Pereira, then it’s fair to say we would regret not throwing our hat in the ring for him if Lingard turns out to be a no-go.

Obviously, Lingard would be the preference, but Pereira would offer the exact same thing to Moyes’ team.

When comparing the two last season, Pereira averaged 1.8 key passes-per-game, compared to Lingard‘s average of 1.1. They both averaged similar successful dribbles-per-game, with Pereira just edging it 1.2 to Lingard’s 1.1, while Lingard did average a better shots-per-game ratio, with 2.6 compared to the Brazilian’s two. 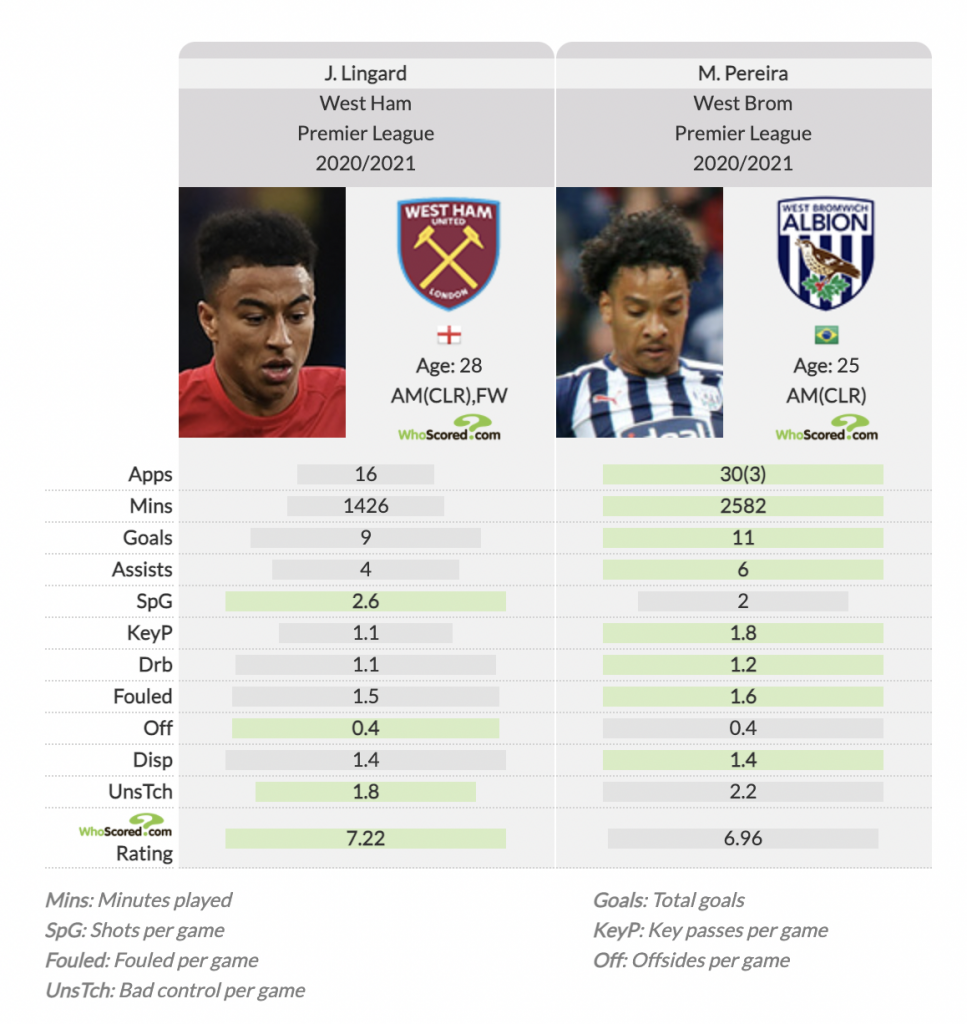 So there isn’t much between the two players, which makes it surprising that Moyes would rule out any move for Pereira this summer if Lingard isn’t attainable, especially if he’s going to be available for such a small fee.

Going up against Leeds in the battle to sign him shouldn’t be an issue either, as we’ve got Europa League football to offer, which would surely be an attractive proposition for a player who put in performances worthy of continental football last season.

It may not be true, and I definitely hope it isn’t, but let’s just hope we can sign Lingard so that it won’t matter anyway.