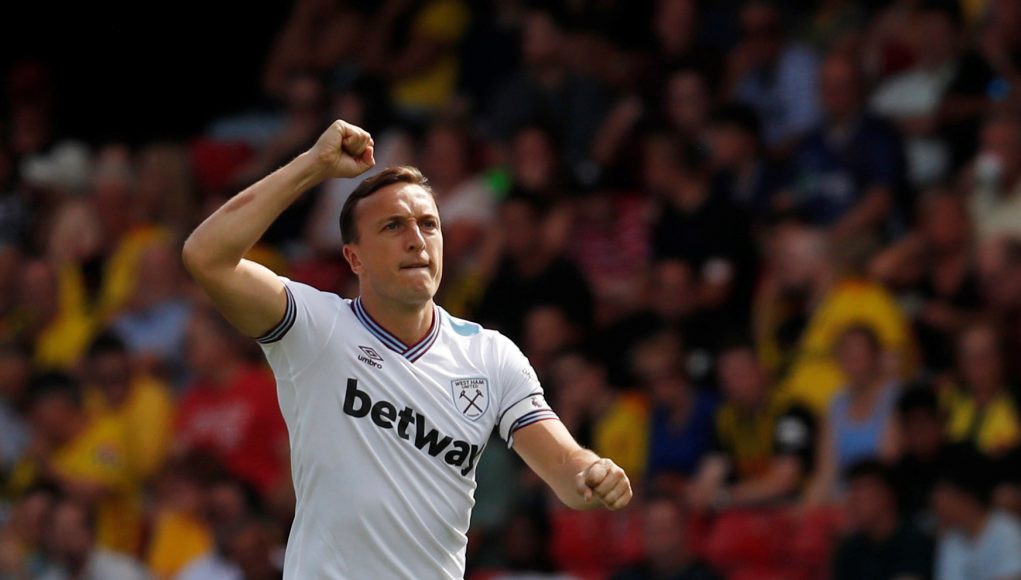 West Ham United captain Mark Noble has been honoured on the club’s YouTube channel with a compilation of every penalty scored throughout his career in east-London.

The Hammers skipper has been a reliable figure from 12 yards, dispatching 38 of the 42 penalties he has taken for West Ham.

Noble’s first dates back to 2007 against Birmingham City at St Andrews, which he calmly slotted past Colin Doyle to give the Irons a decisive 1-0 victory in the Premier League.

The 32-year-old has been an excellent servant to the club over the years and his loyalty and dedication was recognised back in 2016; awarded a testimonial before the Hammers departed Upton Park.

And now the club’s social media hierarchy have compiled a video showing every single penalty Noble has scored in a claret and blue shirt.

Best penalty taker in the world⚒❤️

@WackoJacko_24 little lunchtime masterclass for you

Boy, do I miss that noise!