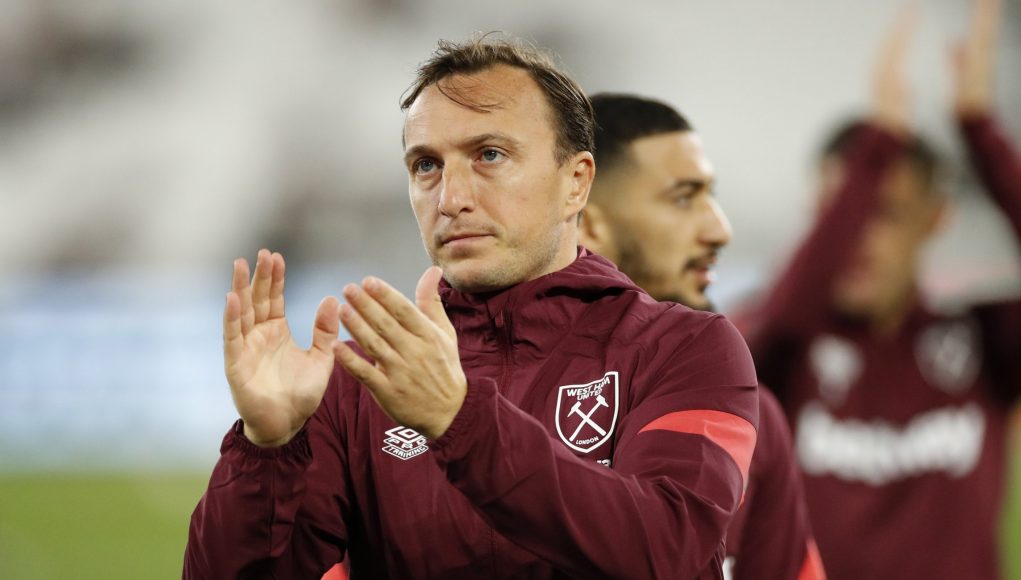 Mark Noble tweeted a tribute to the West Ham fans who travelled to Genk on Thursday night.

Around 1,000 Hammers fans were in the away end of the Cegeka Arena to watch David Moyes’ men come from behind to a first-half Genk goal before Tomas Soucek’s late own goal secured the end of West Ham’s 100% record in the Europa League this term.

Mark Noble started the game before being substituted in the second-half, making his 535th West Ham appearance. It was his 265th appearance in claret and blue away from home and just his 10th in Europa League competition.

And the club legend and skipper took to Twitter after the game to post a photo of the travelling support in Belgium, with one young fan at the front clearly wearing a Noble shirt, alongside the crossed Hammers emoji.

Fans were quick to reply to the tweet, with comments such as “you really are the GOAT” and “love watching you playing in this final season.”