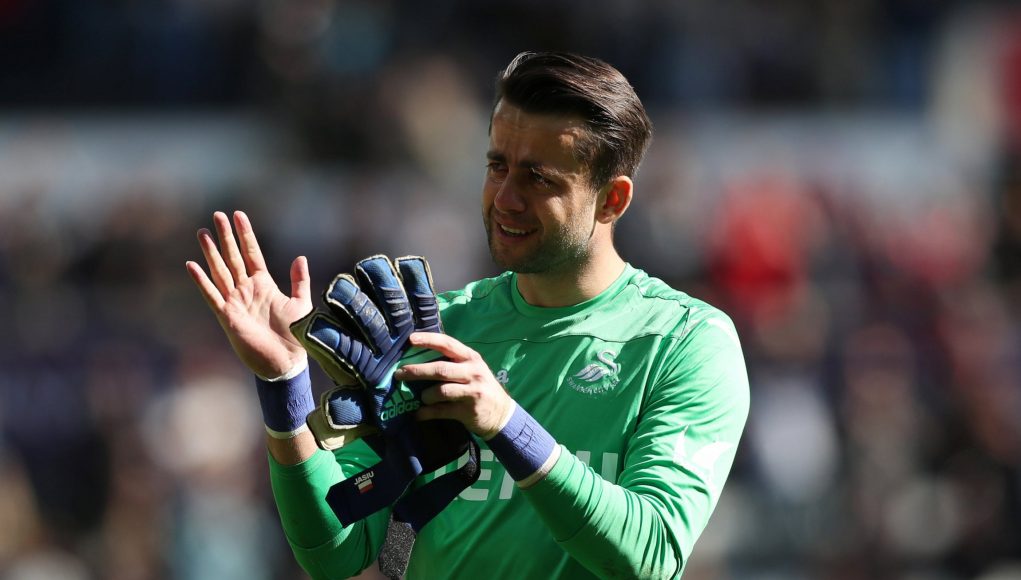 West Ham are in the market for a new goalkeeper this summer, after seeing Joe Hart struggle to impress in his loan stint from Manchester City.

Experienced Spaniard Adrian has also failed to establish himself as the first-choice goalkeeper at the London Stadium and reports state the Hammers could raid a relegated side for a highly-rated stopper.

The Daily Mirror claims in it’s live blog (23:16 BST) that West Ham are one of the sides interested in landing Swansea goalkeeper Lukasz Fabianski this summer.

Poland international Fabianski, set to travel with his nation to the World Cup in Russia, is keen to leave the South Wales side after their relegation to the Championship and has plenty of top-flight suitors.

Newcastle, Crystal Palace and Watford are also mentioned as candidates to sign Fabianski this summer, after he informed the Swans he wants to continue playing at a higher level.

The 33-year-old is looking for first-team guarantees, which West Ham can offer, and his Premier League experience could provide the Hammers with a significant boost.