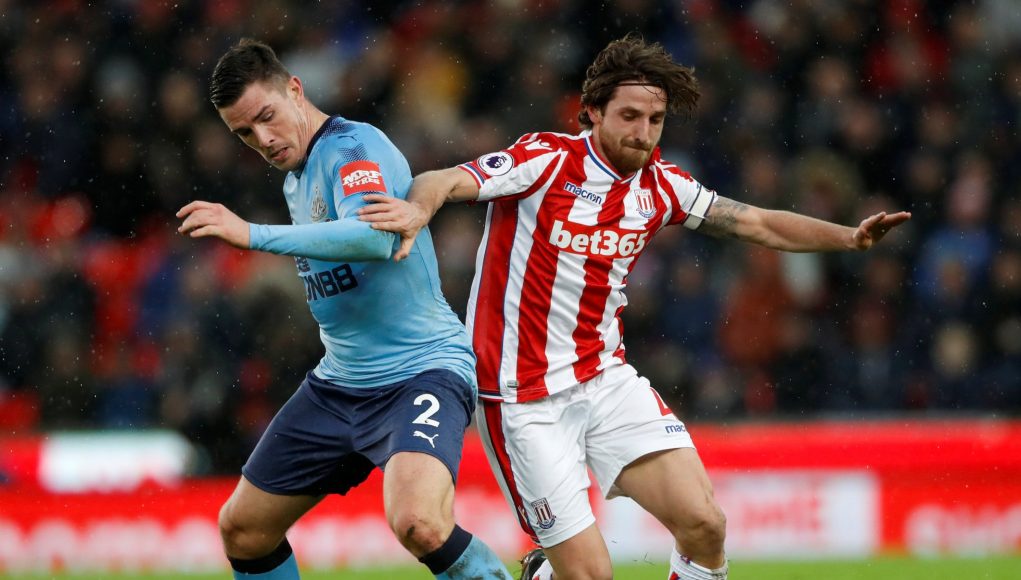 Sky sources understand that Joe Allen is one of David Moyes’ main targets as he attempts to bring in a new central midfielder during the January transfer window.

After failing to land Sporting Lisbon’s William Carvalho at the end of the summer transfer window, West Ham have often been left light in the centre of the park with Pedro Obiang, Cheikhou Kouyate and Mark Noble rotating in that position.

While Carvalho remains a target for the Hammers in January, Moyes is also looking at a number of other players, such as Newcastle United’s Jonjo Shelvey – who is a boyhood West Ham fan – and Sevilla’s former Blackburn Rovers and Stoke City midfielder Steven N’Zonzi.

But Joe Allen is also on West Ham’s list despite Stoke having no interest in selling their midfield man.

The 27-year-old, formerly of Swansea City and Liverpool, joined Stoke in summer 2016 and has established himself as a regular starter with over 50 games under his belt for the Potters already.

The Wales international has played 24 games for Stoke this season as they continue to battle against relegation in the Premier League.

After poaching Marko Arnautovic off the Potters last summer, the Hammers are once again targeting a top Stoke performer.