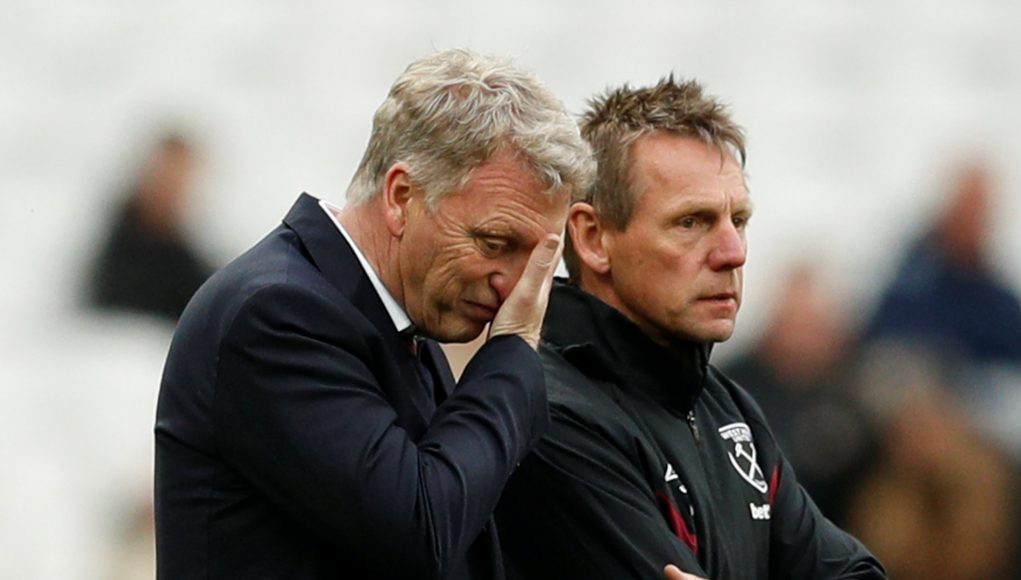 West Ham have just one more match remaining in the Premier League, as the Hammers host Everton at the London Stadium on the final day.

It’s been a turbulent campaign for the east London giants, who have flirted with relegation, and the sub-par performances from David Moyes have led to questions as to whether the club should hand the Scotsman a longer contract.

Moyes replaced Slaven Bilic as manager in November but never really improved the side significantly, although Premier League safety was secured by last weekend’s 2-0 victory over Leicester City.

Initially penning a deal until the end of the campaign, a crucial decision now lies ahead for the Hammers and ExWHUEmployee has revealed on Twitter that a final decision is coming ‘soon’.

West Ham are said to want to finalise their future swiftly to allow the new boss, whoever it may be, time to prepare for the new season – and fans were quick to give their opinion on whether they believe Moyes is staying.

Don’t panic, DM doesn’t want the job. He doesn’t believe the owners can give him the tools he needs to do the job. I believe he has already told the owners he is not staying

I think he knows either way it’s not his. The post match interview he seemed to distance himself. “They’re club, they want” I reckon his gone

Based on moyes' statement yesterday – he must knoe he is going. Good to hear decision eill be soon. Critical so new manager owns the transfer window strategy and not Sullivan