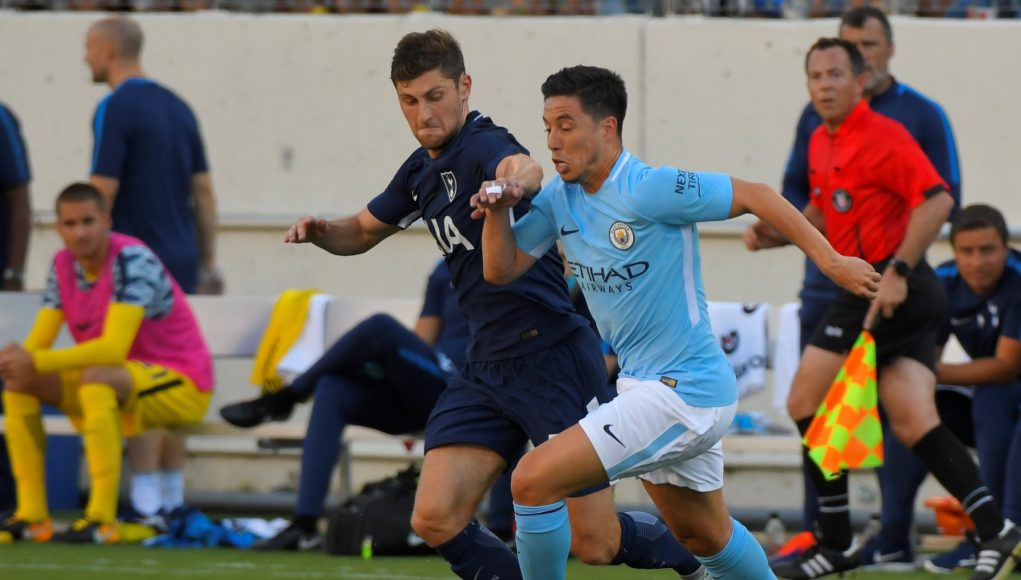 West Ham United have been offered the chance to sign Samir Nasri, according to a report by The Daily Mail.

Nasri – who is valued at £9million by transfermarkt.com – only joined Antalyaspor this summer after leaving Manchester City but he is already looking to leave the club.

Antalyaspor board member Cumhur Arici said: “A clear decision has been made for a parting of the ways with Nasri. His manager will come and negotiations will be made on the subject of money owed and we will part company.”

The former France international, who won 41 caps between 2007 and 2013 for his country, is an experienced attacking midfielder.

Nasri spent more than ten years in England, playing a combined total of 215 Premier League games for Arsenal and Manchester City and contributing with 36 goals and 38 assists in that time.

The 30-year-old has won the Premier League twice.

West Ham have been offered the chance to sign Nasri and could be tempted into going ahead with this deal after Manuel Lanzini was sidelined for up to a month with a hamstring injury.

Furthermore, David Moyes is willing to offload attackers at the right price with Andre Ayew and Diafra Sakho possibly on their way out, which would open up a vacancy for Nasri, who can play on either wing or as a central attacking midfielder.