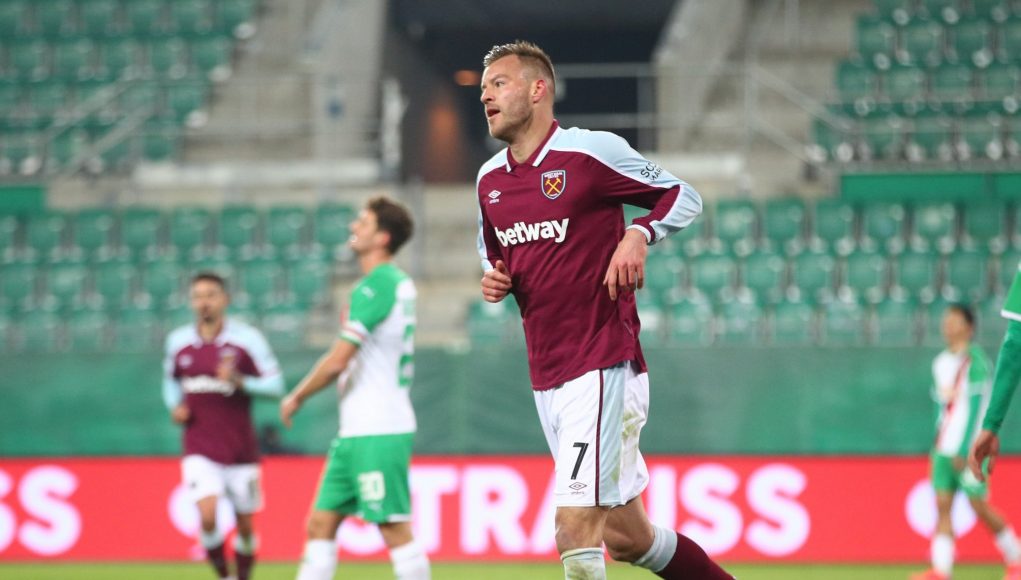 Andriy Yarmolenko got himself off the mark for the season with the opener in West Ham’s 2-0 away victory over Rapid Vienna on Thursday night.

The Ukraine international has been a bit-part player so far this term, starting a match for just the 5th time in 14 first-team appearances since the start of the campaign.

His 39th-minute header set the Hammers on their way towards securing top spot in Group H and subsequently guaranteeing a place in the last 16 of the Europa League.

It was just Yarmolenko’s 11th goal in 68 first-team appearances for West Ham since signing in 2018 and the winger jumped on to Instagram after the game to hail the team’s victory.

He posted: “Congratulations, team! We continue our Europa League path and today confirmed our ambitions to pass the group as leaders.

And fans were responded in the comments with the likes of “you were absolutely superb tonight Yarmo” and “great goal.”