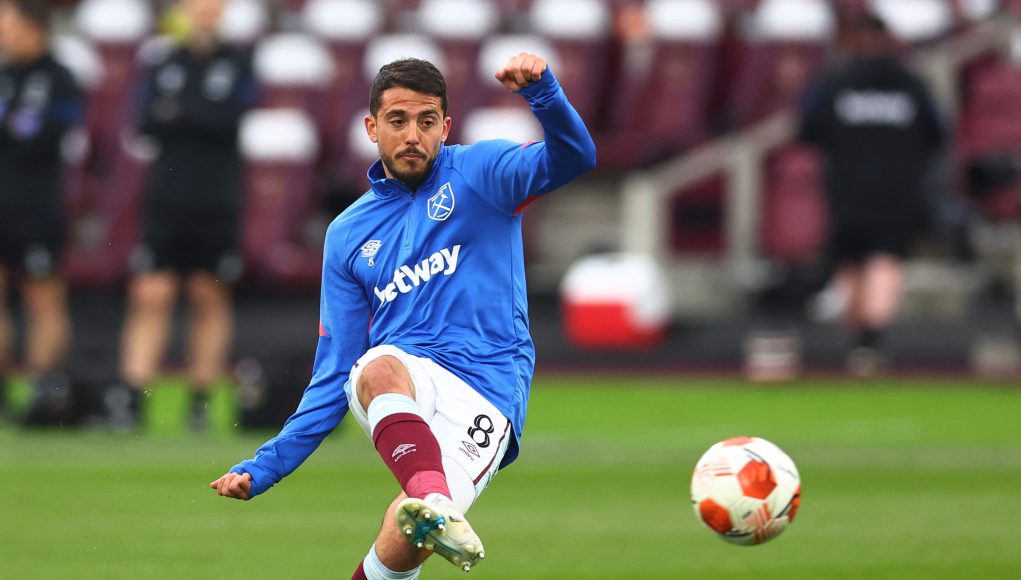 Pablo Fornals has paid tribute to his West Ham teammates after the Hammers’ Europa League journey came to an end on Thursday night.

David Moyes’ men somewhat unexpectedly made it all the way to the semi-finals of the competition after winning their group and then knocking out six-time champions Sevilla and Champions League regulars Lyon in the process.

Eintracht Frankfurt stopped West Ham in the semi-final with a 3-1 aggregate victory but, by that point, any fear of an exit before the final was being turned to pride amongst the fanbase.

And Fornals echoed those sentiments by admitting his pride at being able to share the pitch with his Hammers teammates.

Posting on Twitter shortly after the full-time whistle at Duetsche Bank Park on Thursday night, the Spain international said: “Our Europa adventure is finished, but I can’t be prouder to fight shoulder with shoulder with these guys!”

The midfielder, who has made 51 appearances in all competitions this season, featured in every one of the Hammers’ 12 Europa League games in 2022/2023, registering two assists in the process.