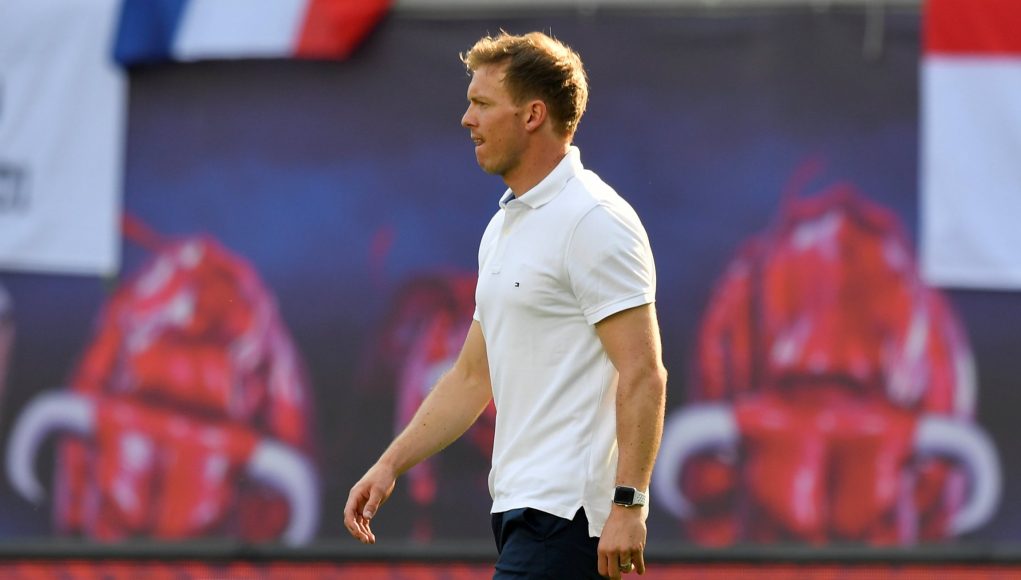 West Ham have reached the end of a turbulent campaign and, having secured their Premier League status, have plenty of work to complete in the months ahead.

The Hammers’ biggest task will be sorting out their management position, with David Moyes’ short-term contract having reached it’s conclusion and it not being clear whether the Scottish boss will remain at the club.

While previously indicated Moyes would be handed fresh terms, it’s now suggested that the club are looking elsewhere – with a large section of supporters not impressed by his tenure at the club.

That’s led to speculation around who could potentially come in to replace the experienced boss and an intriguing prospect has been raised, with West Ham linked with an ambitious swoop for Hoffenheim boss Julian Nagelsmann.

Given the German side have just secured a spot in the group stages of the Champions League for next season, having been defeated in qualifying by Liverpool last year, it seems highly unlikely that the highly-rated young boss would accept a move to the London Stadium.

Still, it’s got West Ham fans on social media in a spin.

I would love Nagelsmann the job he has done at Hoffenheim is brilliant and plays football the right way! Main issue is Bayern are very much interested in him i read a while back, would need to present him with an amazing project to convince we are the next job for him.

Should've approached him in December when they were struggling, now they're back in the Champions League so there's no way we'd pry him away now.

All this excitement about a new top manager makes a nice change!! It's usually world class players this time of the year

It all screams of hype to get those season ticket renewals in, and we end up sticking with Moyes. Hope I’m wrong

Makes me laugh that we would happily punt on a young one season wonder from Germany but wouldn’t dare give a proven decent young British manager like Gareth Ainsworth a try. English managers would have better success in Eurovision than getting a prem job….