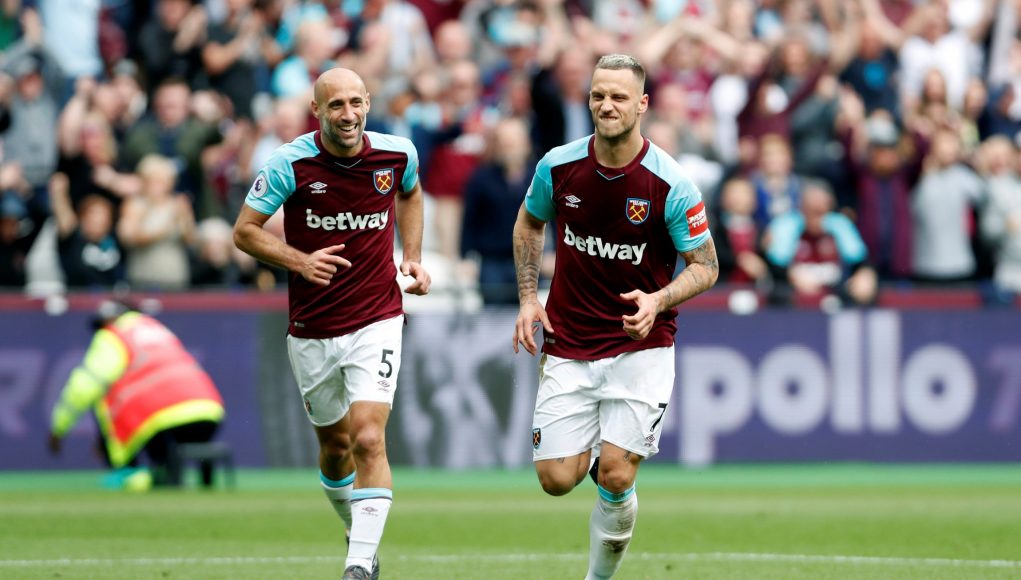 West Ham fans have had many reasons to be cautious in recent seasons but a wealth of optimism has washed over supporters since the end of the season.

The appointment of Manuel Pellegrini at the London Stadium has proved to be a popular decision and it seems the Chilean boss is not resting on his laurels in the transfer market.

According to reports, the Hammers are pursuing deals for Lazio’s Felipe Anderson, Barcelona’s Marlon Santos and Fulham’s soon to be free agent Ryan Fredericks.

It’s stated that deals for Fredericks and Santos are close to being confirmed, while a deal for Brazil ace Anderson is the most difficult to complete – but West Ham are pushing hard in the market.

The trio would certainly provided a much needed boost to a West Ham side that disappointed last season, spending the majority of the campaign flirting with relegation, and fans have responded positively to the speculation – although not all are convinced it’s true.

Exiting times , not yet let’s see who comes in and if the dwarf really backs mp , wait for the actual signature before it’s exiting

Exciting times!?… let's wait till they are paraded in the shirt.

Not like sullivan as given msm this kind of

Kieta balde…. I fear a repeat but saying that I seem too have forgotten the fact that we now have pellegrini in charge, he has enormous pulling power imo!

Hope you’re right but as others have said season ticket renewal day tomorrow.

Felipe Anderson would be a great signing