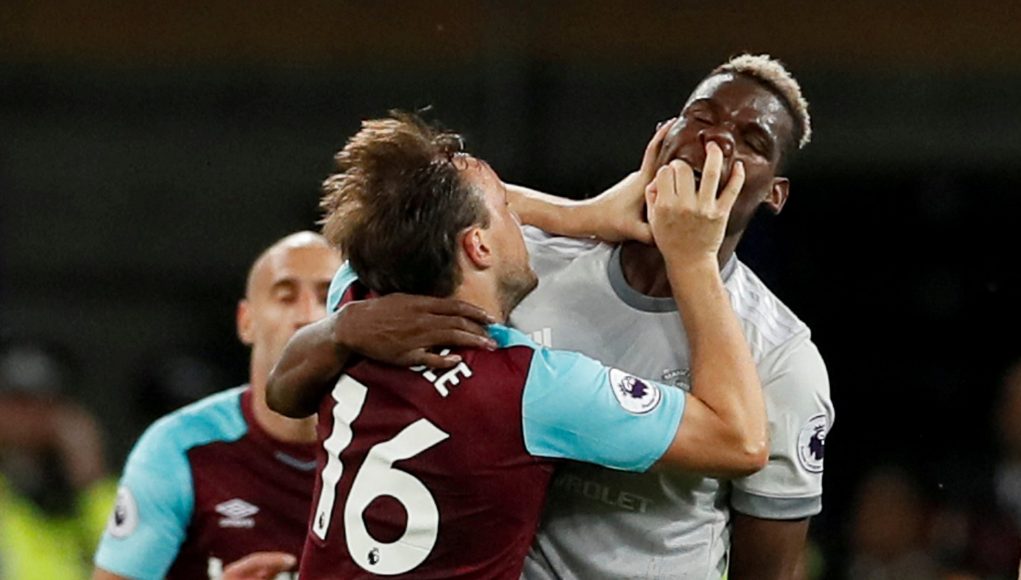 The goalless draw between West Ham and Manchester United on Thursday evening was hardly full of flair but there was still moments that caught the eye.

Social media was awash with clips of Mark Noble’s clash with United’s £89m midfielder Paul Pogba, after being frustrated with a foul, that led to both players earning a yellow card.

Noble was certainly incensed with the foul by Ander Herrera in that incident and barged into Pogba, though he failed to move the France international, and took to Twitter after the match to say all was forgiven.

TV cameras also picked up the brace between the pair after the final whistle, echoing Noble’s statement that ‘what happens on the pitch stays on the pitch’, and West Ham fans were quick to have their say on the situation.

Many were pleased to see the passion shown by the experienced midfielder, with some suggesting he should be in the England squad.

Proper leader nobes, this is just the sort of passion our national side misses mate

How many times did you slap the back of his head after the cuddle?

More action than the Bellew/Haye fight ⚒

This man gives his everything for West Ham. Legend.

Top man Mark, passion above all else