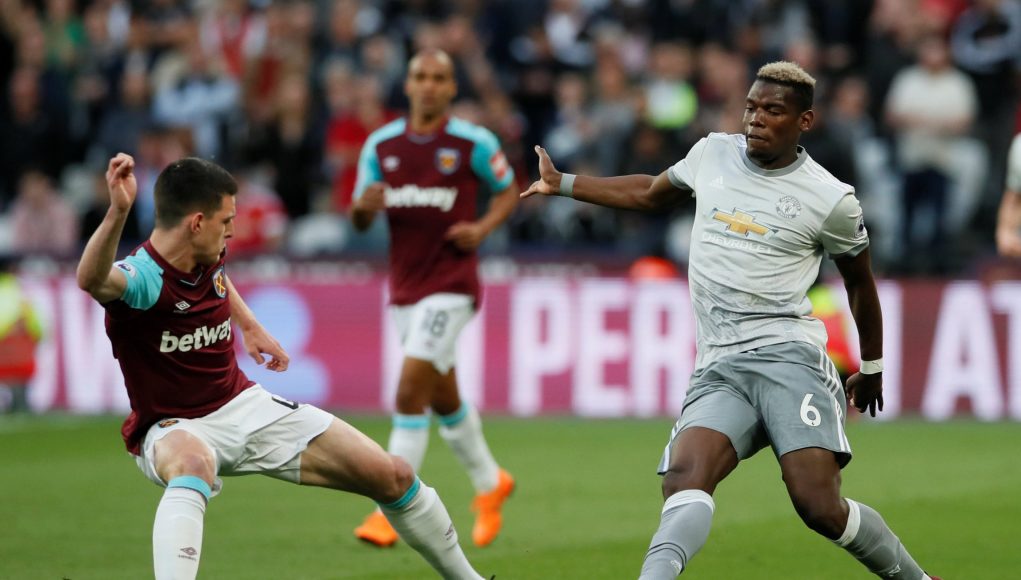 We’re now well into the business end of the Premier League season and West Ham will be feeling rather good after holding Manchester United to a goalless draw.

While the game hardly set the world alight in an attacking sense, the Hammers will be happy with their performance defensively and it added another feather in the cap for young Declan Rice.

The 19-year-old has appeared 30 times across all competitions for West Ham this season and has emerged as the brightest part of another disappointing campaign.

David Moyes needs to work on his defensive ranks ahead of next season but Rice has given him something to build upon, with the teenager likely to be a key part of the side again next season.

Fans have certainly taken to the performances of the defensive ace, who earned his international debut for the Republic of Ireland in May, and took to social media to praise his display in the draw with Jose Mourinho’s side.

Future captain if West Ham show enough ambition for him to want to stay. Better than Rio at the same age imo.

You’ve massively improved this season. You deserve to be very proud of how you’ve played this year and what you’ve been able to accomplish. Keep it and you’ll be an absolute hero for us come the future. ⚒

You were awesome again!

You were seriously awesome young man. I saw a lot of Bobby Moore in his early years and you remind me so much of him. Best wishes for the future. Hope you stay with us for a few years and get regular football and develop your natural ability.

You were a class act again! I love watching you play beyond your years! What a player

#MOTM All day long geeze. Best player on the park, had them in your pocket! #COYI #WHUMUN