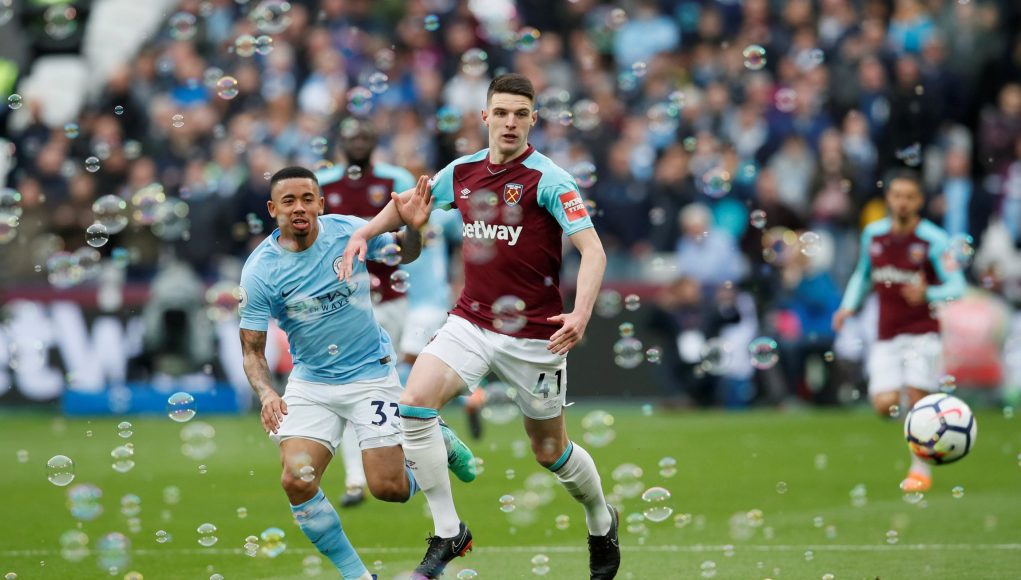 Another campaign is done and dusted for West Ham, though it’s been a turbulent ride for the supporters this term.

The Hammers spent the majority of the campaign flirting with relegation and, although improvements in the final few weeks secured safety, there wasn’t too much to get excited about.

However, the emergence of young Declan Rice into the heart of the defence has been a shining light upon an otherwise disappointing campaign for the east London side and the teenager has quickly established himself as a fan favourite.

Making 31 appearances across all competitions this season, Rice has become a crucial part within the West Ham ranks and will see a new defence built around him and Pablo Zabaleta in the coming months.

Still just 18 and already earning an international cap for the Republic of Ireland, it certainly seems like the sky is the limit for the former Chelsea youth prospect and fans on social media were quick to praise the young defender.

You mate have been a credit to this football club. Enjoy the break and we look forward to seeing you back in the Claret and blue soon

You’re class mate. I want to ask you two favours. 1) stay at West Ham your whole career. 2) play for England you’re gonna wear the captains arm band for both. You’re better than any current defender

Dec you are a credit to us all, West Ham United!!
And the fact you are mine, as a recruit and a scout, I have never been so proud!!! How you and your family must feel is crazy!!! #topplayer #topfamily ⚒⚒⚒⚒

Hats off to you Declan, you have been amazing, remember listening to John Terry saying that you were the best talent he has seen, well he was 100% right! A star in the making! Enjoy your summer

You’ve been brilliant this season

bright future for both West Ham and Ireland ahead Declan! Great to see you in both claret & blue & green! #COYBIG #COYI

Amazing season for you. You’ve definitely been the highlight!

You've been the best thing to come out of this season. Amazingly done, keep it up mate.